Rocker Jon Bon Jovi sat down in London with "Extra" special correspondent Laura Whitmore to talk about the band's mega world tour, Richie's return to the stage, his upcoming knee surgery, and Tom Cruise in "Rock of Ages."

Bon Jovi has been traveling the world on the band's "Circle" tour since February 2010 -- one of the top-grossing tours, banking $150 million (grossing more than tours by Kanye West, Justin Bieber and Katy Perry combined) and playing to over 3.6 million fans! Being at the top was definitely Jon's goal when the band started playing gigs in the early '80s. Jon explains, "Make no bones about it. When I was a kid I wanted to be a Rolling Stone. That's the level you get to live in three decades later and you deserve to have those things said about you." 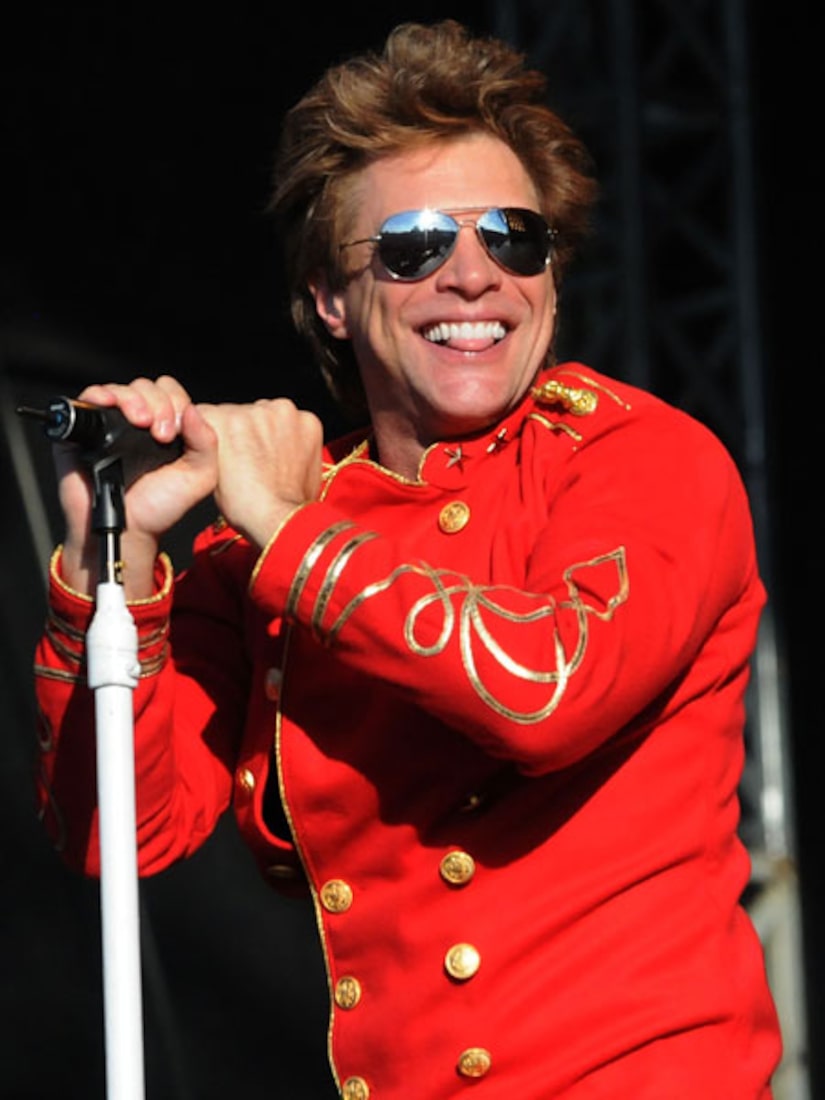 Life on the road has not been without the bands ups and downs. Guitarist Richie Sambora left the tour in late April 2011 to enter a rehab treatment facility, but the band continued with their scheduled dates throughout North American and Europe. Sambora returned in early June and Jon told Whitmore that he's thrilled to have Richie back. "It's always good to have Richie at my side. He's doing great. There's dark clouds in everybody's worlds and he came through them. He's doing well. He's happy, he's healthy and he's focused." 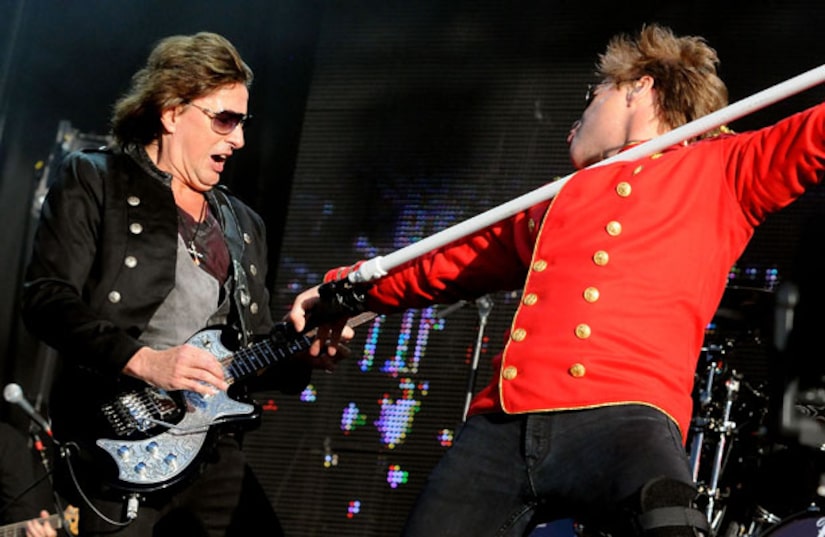 The band has been rocking for over 27 years, and is truly dedicated to their live performance. After crossing the globe and reaching 15 nations, the band has yet to cancel a show on this tour -- and an injury to the front man definitely will not hold them back! Jon suffered a painful knee injury on June 17th while performing in Helsinki Olympic Stadium. "It was raining we were outside. It was nothing that abrupt... it just sort of gave out and tore." Jon tells to Whitmore he'll be undergoing surgery later this week in Dublin, adding, "Fortunately, we have a week off. So the doctor claims I'll be alright for Istanbul 8 days later." Although he'll go on with the show, he's not worried about his knee, joking, "I can't dance anyway, so it's not gonna hurt anybody.'

Another performance Jon is anticipating is Tom Cruise in the movie adaptation of "Rock of Ages." Tom turned to Jon for advice. "He and I actually went out and he was very intense about 'how do you do this?' I said, 'Relax man, you're Tom Cruise, you can learn how to sing a song, don't worry about it!'" He added, "Knowing Tom Cruise from a far, everything that he does, he does to 11... a little rockstar analogy with a wink."

But will the movie star be able to transform to a rock star? Jon definitely thinks Cruise has what it takes. "I'm pleased, I'm curious. But I'm confident that it will be on the "Extra" clip -- Tom Cruise singing 'Wanted Dead or Alive' will be in the trailer -- I'm pretty confident in that." Jon is definitely not worried that Cruise will try to emulate his stage performance or characteristics. "I don't think that he's gonna be worried about duplicating my things -- it'll be an amalgam of stuff. In the meantime, I think it's pretty neat."

Will he go and see the movie? "I don't' know about that. I lived it, I don't need to see the movie. I was there the first time."