Reality TV star turned author Bristol Palin sat down with "Extra's" Jerry Penacoli to talk about her new tell-all book, "Not Afraid of Life: My Journey So Far," detailing her experiences with baby daddy Levi Johnston.

In the book, Palin explains Johnston "stole her virginity" when she was 15, after getting drunk on a camping trip. "It was foolish to get drunk," she admitted to Penacoli. "It was foolish to get myself in a situation that wasn't good for anybody." Bristol says her intention in writing this book was to have her voice heard among all the lies that were being told, saying of Levi, "I think that people have seen how he acts in the media and what he says about our family and this was my turn to set the record straight."

The warring exes will continue, as Levi is penning is own tell-all, "Deer in Headlights," set for release in September. Palin is unfazed. "I think that he's gonna have to find a good screenwriter or something like that... to make up some good lies about us. But I'm not worried about it. I think he's desperate for a job and desperate for attention, and that's how he gets it, through lying." 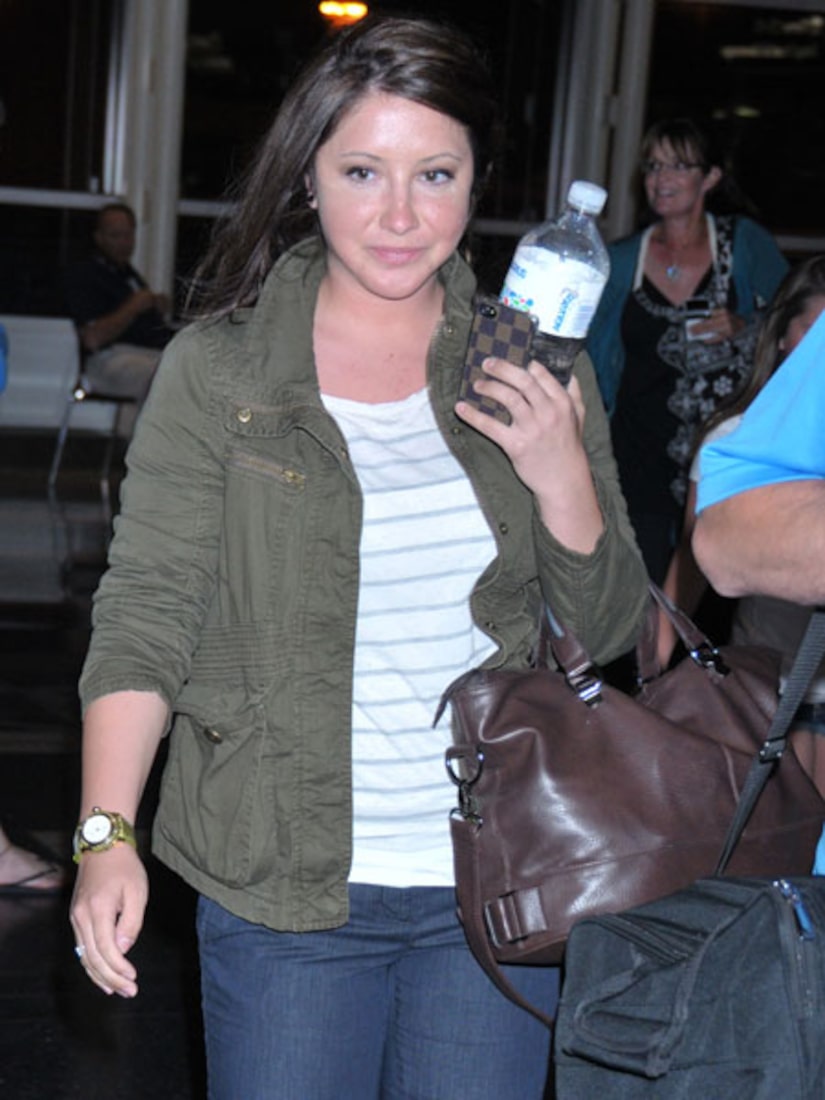 Who Was Sarah Palin Feuding With?

Bristol does not have a relationship with Levi at this time, but says "he's entitled to see Tripp, but he does not use this as much as he should. It's always going to be a work in progress with him."

How did Palin's mother, former Alaska Gov. Sarah Palin, react when she read the book? "The first chapter was hard for her to swallow," Bristol said, adding, "being so honest and candid about those experiences in my life."

Regarding her mother's political intentions, Bristol reveals they've discussed their family's future plans, but she would neither confirm nor deny a run in 2012. "What's talked about at our dinner table is going to stay there." Bristol, however, does want to see her mom run, and thinks she has a great shot at the White House. "She's a great politician, and she would be awesome for our country."

As to rumors that Bristol had plastic surgery, she explained it definitely is not the case. "It was for medical reasons, and I've said that before."

Bristol also responded to the harsh comments about her weight when she was a contestant on "Dancing with the Stars." "I have really tough skin and I am confident in my own skin. They can say whatever they want to say."