"Extra" caught up with Tom Cruise, director JJ Abrams and the stars of "Super 8" at the L.A. premiere! 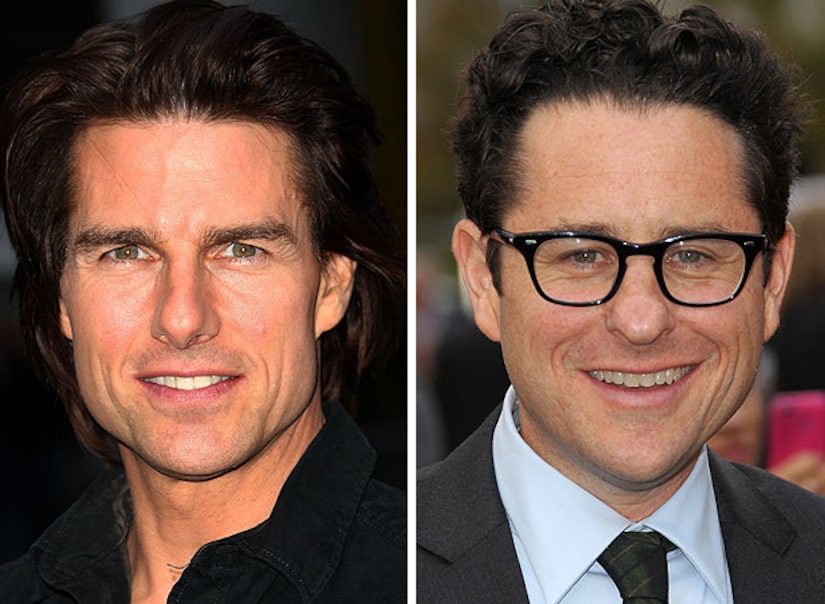 Cruise told "Extra's" Jerry Penacoli he "loved" the sci-fi thriller about a group of kids who witness a horrific train wreck -- and something that escapes from it -- only to have their small town plagued by mysterious events.

See photos from the premiere!

"Super 8" star Elle Fanning just thought it was cool when Cruise would show up on the set. "He did come on set a couple times. You always heard 'Tom Cruise is here, Tom Cruise is here!' My sister [Dakota Fanning] did 'War of the Worlds' with him, so I remember meeting him from that."

Director Abrams, who just wrapped "Mission: Impossible: Ghost Protocol" with Cruise, explained why he kept the plot to "Super 8" so secretive. "The key for me with this movie was to preserve the experience for the audience."