"Dancing with the Stars" judge Bruno Tonioli stopped by The Grove and shared his thoughts about each of the final dancing duos. 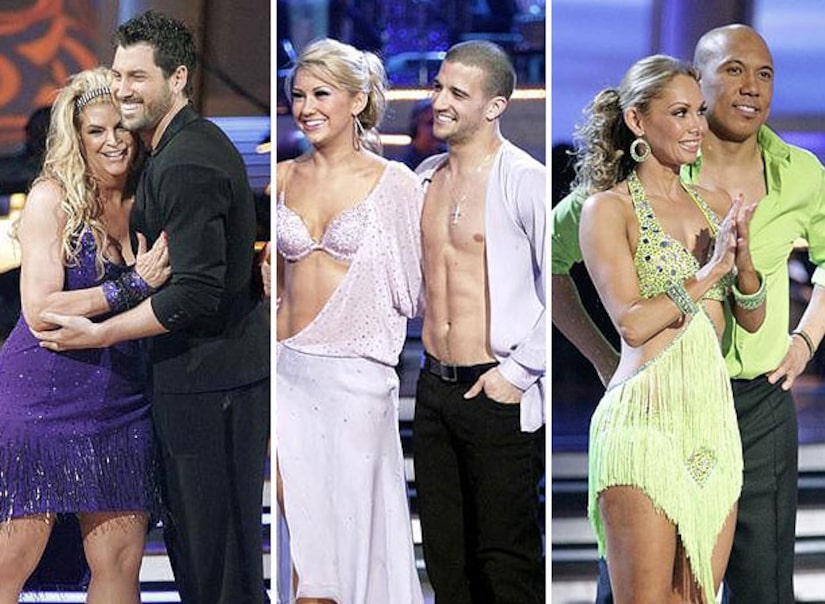 Of Kirstie Alley and Maks Chmerkovskiy, Tonioli told "Extra's" Terri Seymour, "She's a natural, especially in Latin. She's very, very good. She just has to put the finishes into what she does, strength and cleanliness."

For her part, Alley is ready to stop talking about her age. "I swear to God, when I signed up here, I thought I was cute and young and then everyone's like, 'Oh, you're like a million' and I'm like, really?"

As for Hines Ward and Kym Johnson, Tonioli said, "I think his strength, in a way, is his weakness, because what we've come to expect now is so brilliant every time."

Ward is just happy to be here. "I'm gonna have fun with it. You know, in my opinion, I've already won." He is also relieved his partner is back on the dance floor after injuring her neck in a fall during rehearsal. "I mean, just the matter that she's dancing again."

Has it sunk-in for Chelsea that she's a finalist? "I don't think. [turning to Mark] Has it for you?" Ballas replied, "Yeah, cause all I can think about is getting rid of this sickness."

The "Dancing with the Stars" finale begins tonight on ABC!