Now it's actor Robert De Niro's turn to engage Donald Trump in a war of words. 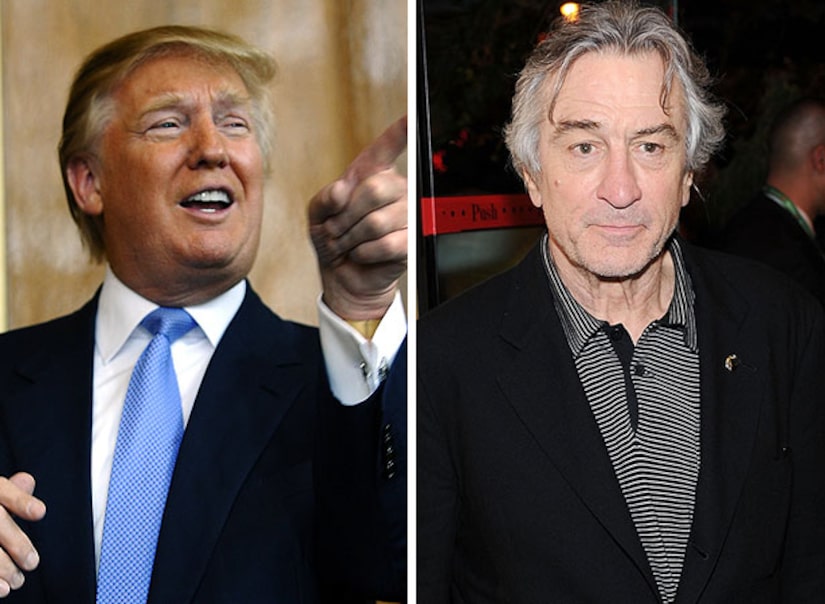 De Niro said, "I won't mention names, but certain people in the news the last couple weeks, just, what are they doing? It's crazy. They're making statements about people that they don't even back up. Go get the facts before you start saying things about people."

When Williams asked who he was referring to, the actor confirmed he was speaking about Trump, adding, "It's like a big hustle. It's like being a car salesman. Don't go out there and say things unless you can back them up. How dare you? That's awful to do. To just go out and speak and say these terrible things? Unless you just wanna get over and get the job. It's crazy."

Always ready for a retort, Trump fired back at De Niro Monday on "Fox and Friends," saying, "Well he's not the brightest bulb on the planet. I've been watching him over the years and I like his acting, but you know in terms of when I watch him doing interviews and various other things, we're not dealing with Albert Einstein. He can say what he wants but the fact is this guy (Obama) has not revealed his birth certificate. A lot of people agree with me."

Trump had a recent feud with actor Jerry Seinfeld over similar circumstances when the comedian pulled out of Trump's son charity event over the "Celebrity Apprentice" host's strong opinions on the President.