Britney Spears hit the stage and sang three new songs from her upcoming "Femme Fatale" album on Friday night at the Palms Casino Resort's Rain Nightclub in Las Vegas. It marked the first time the singer has performed live on stage since the end of her "The Circus Starring Britney Spears" tour in November 2009. 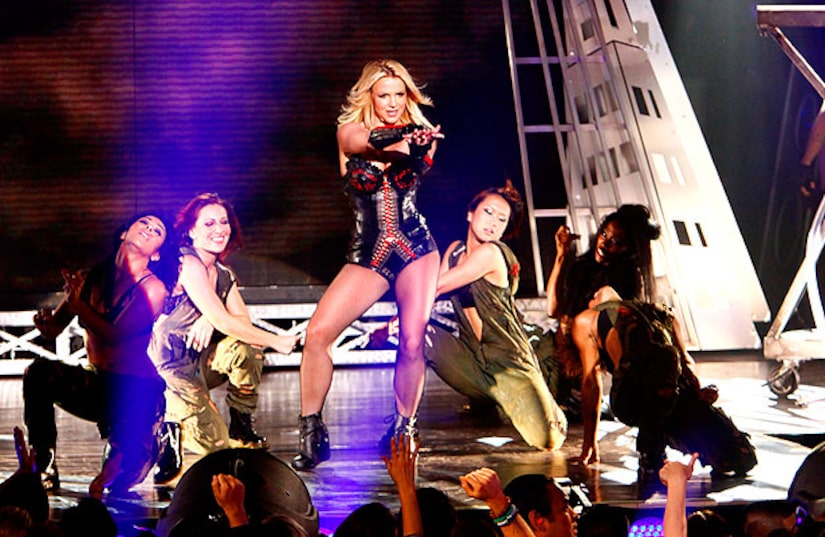 Britney On the Cover of Out Magazine

The 45-minute performance included "Hold It Against Me," "Big Fat Bass," and "Till The World Ends" in front of 1,500 excited fans. For "Big Fat Bass," Spears appeared inside a giant boombox, sporting a sexy tight leather bodysuit with a police cap.

See Brit Through the Years 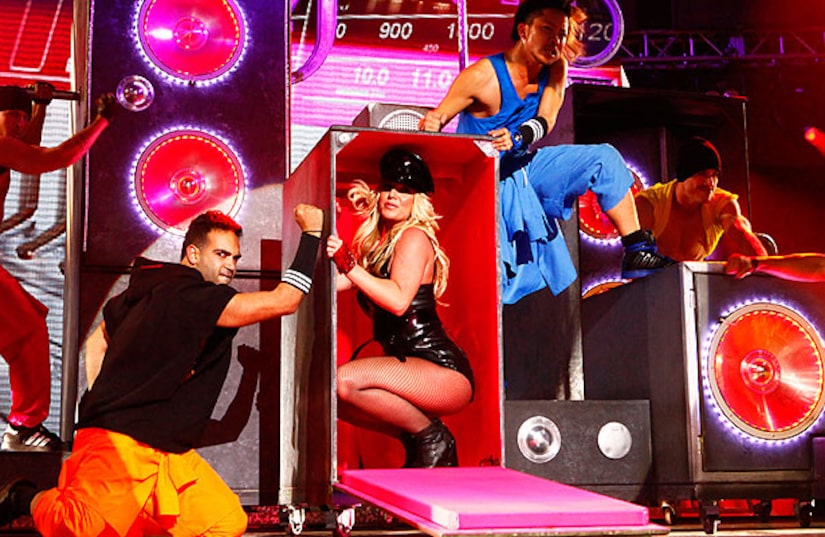 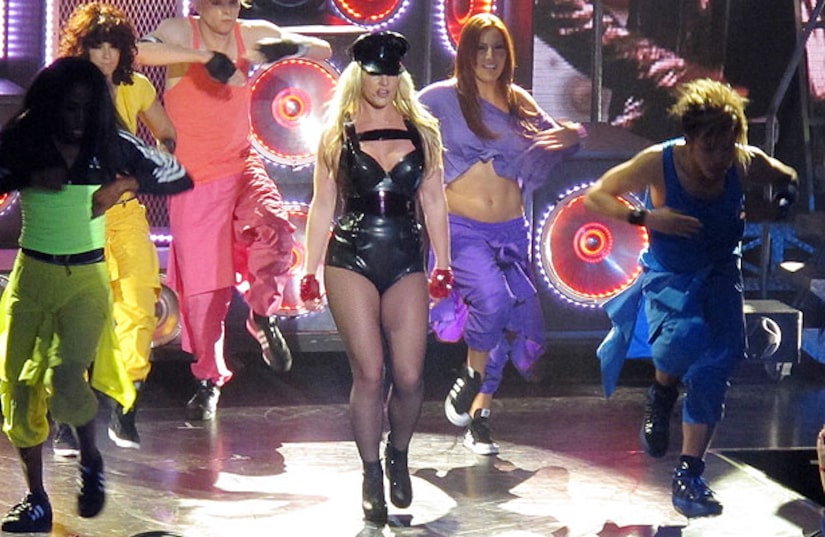 The pop star's performance was filmed for an MTV special which will air next week when her album drops Tuesday.