Actor Matthew McConaughey and co-star Ryan Phillippe sat down with "Extra's" Jerry Penacoli and talked about their latest film, "The Lincoln Lawyer." Matthew McConaughey is an attorney defending a high-profile Beverly Hills client from the back of his Lincoln town car, in the legal drama. 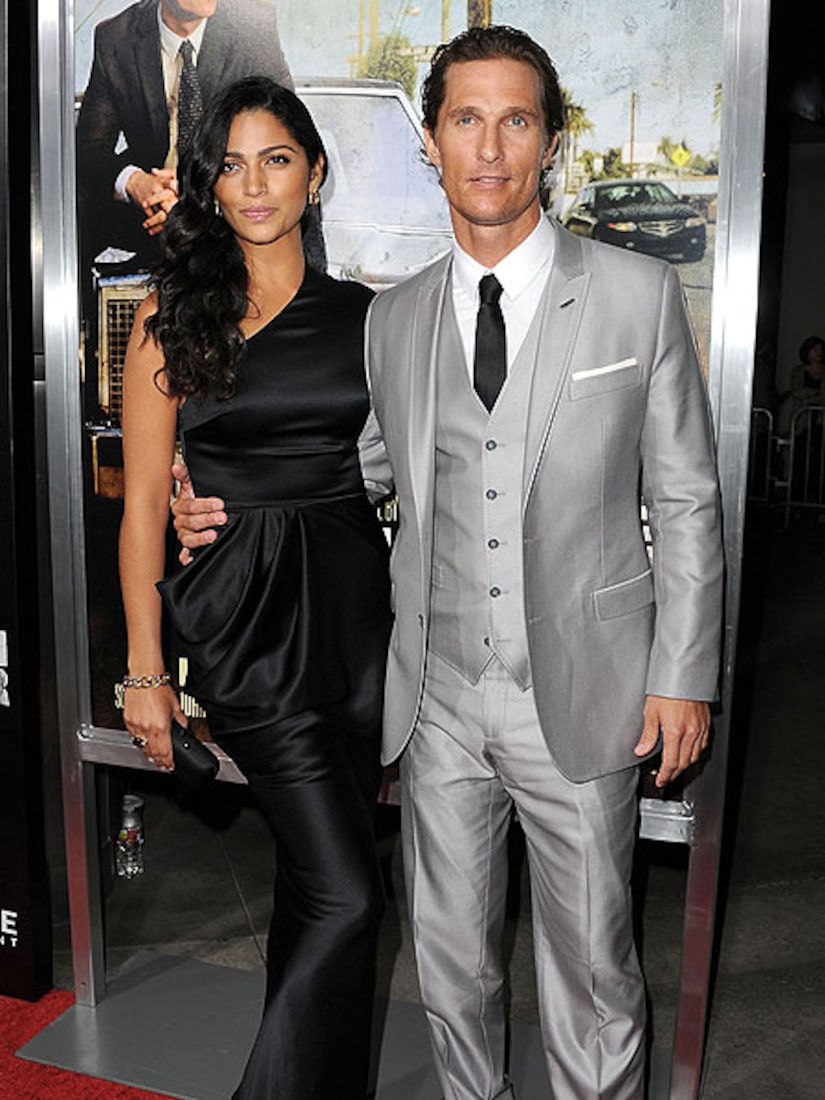 McConaughey, who insisted people have a hard time pronouncing his last name, broke it down and said, "Rhymes with 'What would Madonna say?'" Regarding his first name, he told Penacoli, "My mother doesn't allow Matt."

Speaking of parents, the actor said he's having "a ball" with his son Levi, 2, and one-year-old daughter, Vida. When asked if the babies wanted to ride with Dad in the town car, the 41-year-old laughed, "Oh, they rode with Dad in the Lincoln!"

Phillippe also revealed his kids with ex-wife Reese Witherspoon were already acquainted with McConaughey because Witherspoon's fiancé, talent agent Jim Toth, handles Matthew. "My kids knew him before I did because Reese's fiancé represents him." Phillippe, who portrays McConaughey's client in "The Lincoln Lawyer" -- a Beverly Hills playboy accused of rape and attempted murder -- added he and his co-star had "good chemistry."

"The Lincoln Lawyer" will be released in theaters Friday, March 18.