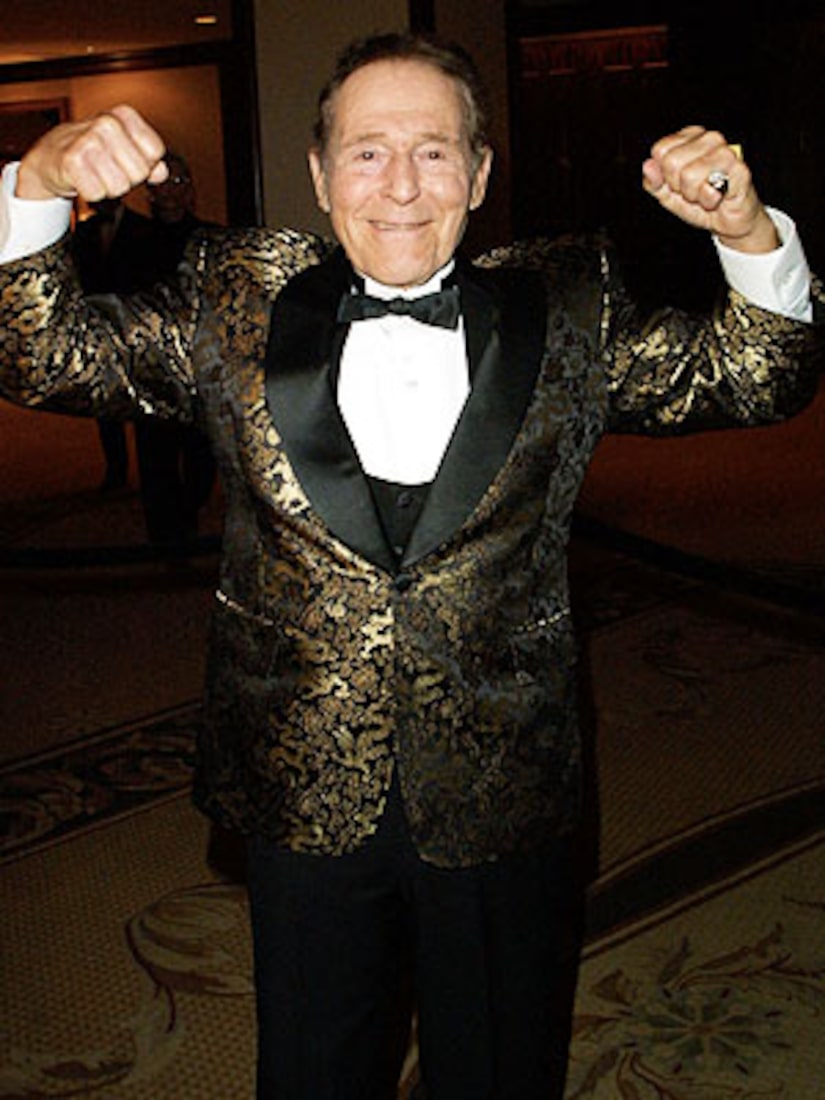 Fitness legend Jack LaLanne, best known for his long-running "The Jack LaLanne Show" and to another generation as a TV pitchman of juicers, died Sunday in Morro Bay, Calif. He was 96.

The cause of death was respiratory failure resulting from pneumonia, his son Dan Doyle told the New York Times. LaLanne's wife of 51 years, Elaine, released a statement: "I have not only lost my husband and a great American icon, but the best friend and most loving partner anyone could ever hope for."

In 1936, LaLanne opened his own health gym in Oakland, California and encouraged clients to better themselves through weight-training. He designed the first leg extension machines, pulley machines using cables, and the weight selectors that are now standard in the fitness industry.

The fitness guru's TV show debuted in 1951 as a local program in the San Francisco area. It went nationwide on daytime television in 1959, making LaLanne's toned physique in the tight, short-sleeved jumpsuit widely recognized.

His show continued into the mid-1980s and continues in reruns on ESPN Classic.

LaLanne is survived by his wife, Elaine, 84; one son, who was killed in car accident in 1974; and two step-children.