The awards season heated up Friday when the 16th Annual Critics Choice Awards handed out their prizes to actors Colin Firth, Natalie Portman and films "The Social Network" and "Inception." 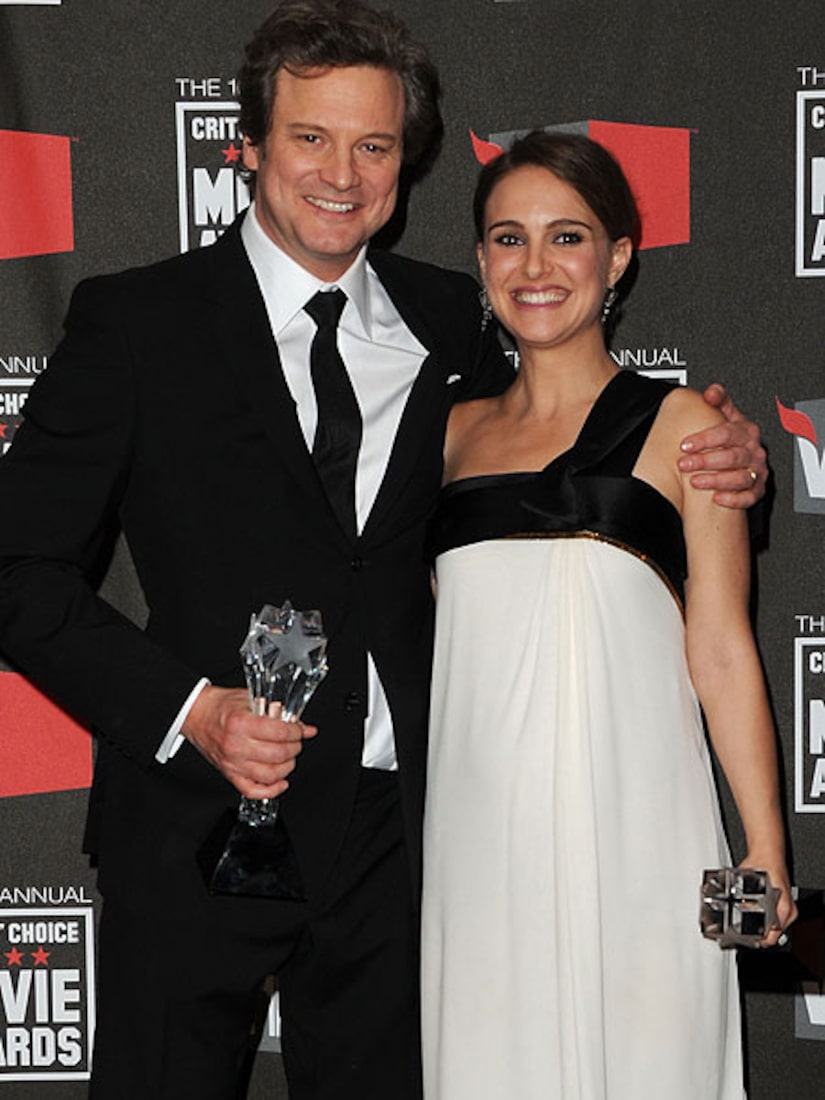 "Inception" and "The Social Network" scored the most love from the Broadcast Film Critics Association, with the former receiving most of the technical honors. "Network" was named Best Picture and nabbed three other wins, including Best Director for David Fincher. Portman picked up the award for Best Actress for her turn in "Black Swan," while Firth took home Best Actor for "The King's Speech." Co-stars Christian Bale and Melissa Leo earned the Best Supporting awards for their performances as son and mother in "The Fighter."

Photos: At the Critics' Choice Awards!

Best Picture Made for Television
"The Pacific"

Best Foreign Language Film
"The Girl With the Dragon Tattoo"