Sounds like Justin Bieber and Chris Brown will be working together very soon.

Brown tweeted that he and the Biebs are laying down a track this weekend. "ME and @justinbieber got a BANGER/SMASH record for all the fans out there at the top of the NEW YEAR!!! 2011!" 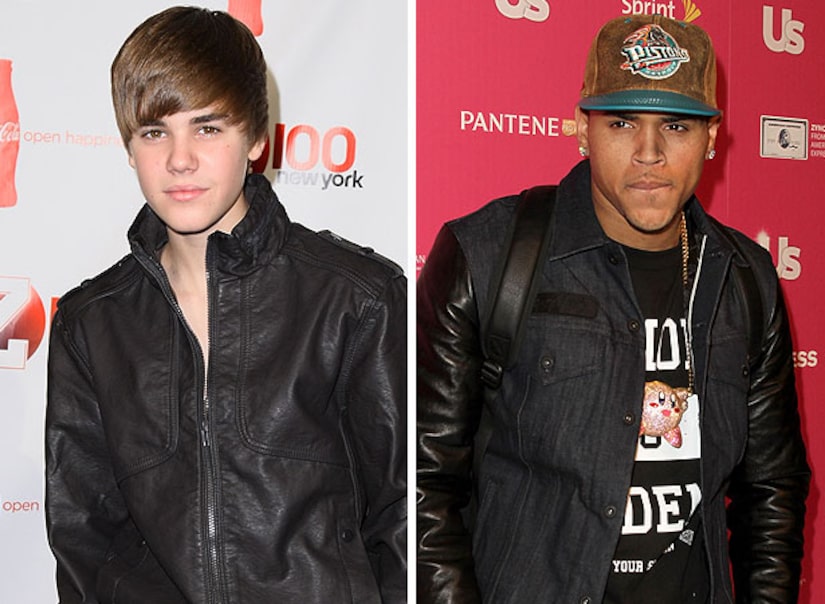 In October, Bieber also hinted at the collaboration in his own tweet, writing, "Kinda hyped rt now. for a new single teamed up with one of my friends and an artist I used to sing covers of on youtube. BIG RECORD. SMASH!!" He then tweeted a video of himself covering Brown's "With You."

Bieber and Brown are both working on new albums for 2011.

Last Tuesday, Chris Brown tweeted that he has completed domestic violence classes as part of his sentence for assaulting ex-girlfriend Rihanna.