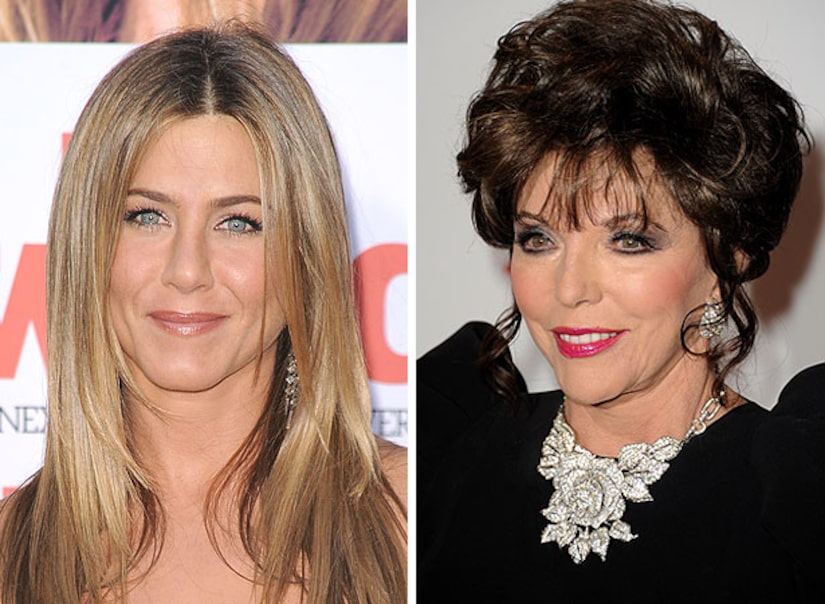 In a recent interview with a British magazine, Collins said, "I have to say, there aren't that many good looking actresses around today. I mean, there's Angelina Jolie and there's... Angelina Jolie," adding, "Jennifer Aniston is cute, but I wouldn't call her beautiful."

Photos: Jennifer Aniston Through the Years!

Aniston refuses to get involved. Her camp said they were "aware" of the diss from Collins, but they felt there was "no need to engage with that nonsense," E! Online reports.

Why can't we all be friends?