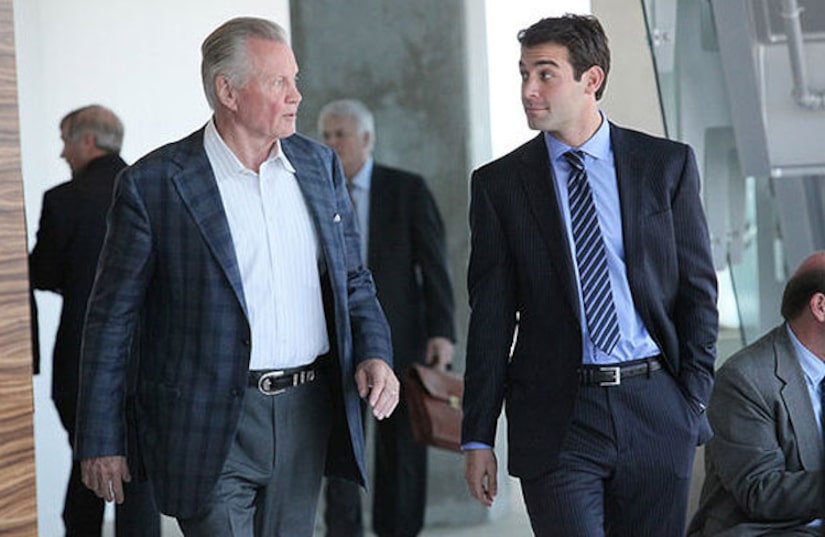 "He thinks he's being faithful to both of them, as it weird as it sounds," explained Wolk about his character. "He's like this warrior for love."

Co-star Adrianne Palicki thinks Wolk looks a little like another certain magnetic actor. "I didn't see the comparison until somebody told me, and now when he does certain things or movements, he reminds me of a younger George Clooney."

Here are 10 new fall shows to watch for!

Jon Voight, who plays the resident oil tycoon, is looking forward to the show's success. "Listen, if we could get half the attention 'Dallas' got, it would be wonderful."

The veteran actor's only regret with his new TV schedule is the time he is missing with his grandkids. "Even 15 minutes with my grandchildren is a big vacation for me," he gushed. "They're very affectionate kids, and they're very respectful kids.