Former "90210" star Tori Spelling claims she was contacted by Farrah Fawcett during a seance. 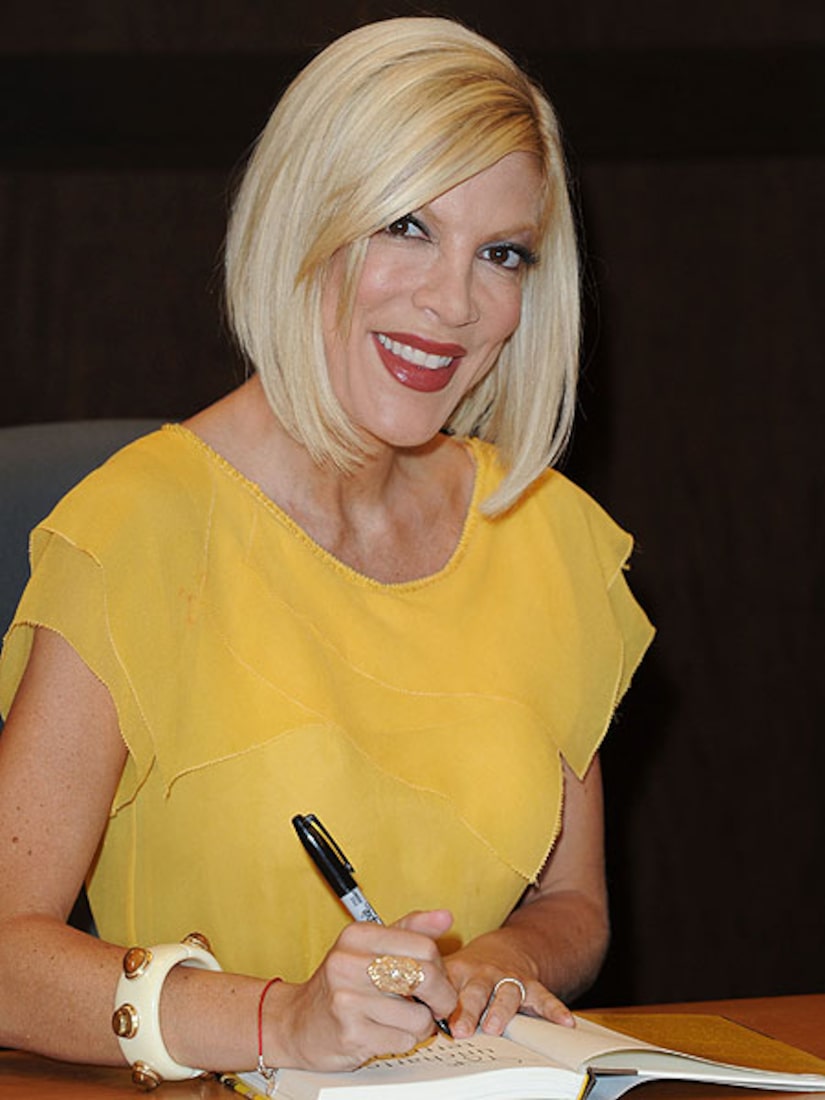 The actress spoke with "Extra" at the book signing of her new tome, "uncharted terriTORI," and said she and famed TV medium John Edward tried to contact her late father, Aaron Spelling, who produced "Charlie's Angels." They got Farrah, who died this time last year, instead. "He was like, I don't know what to say, but Farrah Fawcett is coming through. Does that make sense to you?"

See photos of Tori through the years.

Tori claimed Farrah, her dad's longtime friend, asked her to send a private message to Ryan O'Neal. "I actually wrote a letter to Ryan O'Neal and said, 'This is going to sound crazy, but guess what happened?' It was a really surreal experience," she said.

"uncharted terriTORI" is Spelling's third book, and in it she talks about the troubles in her marriage to Dean McDermott (they are working on it) and the devastating rumors about her being anorexic (she said it was the swine flu and stress).

"There was some stuff going on, and I wanted to share it with my fans."