It's no real surprise the "Dancing with the Stars" champs are Nicole Scherzinger and partner Derek Hough. They are both professional dancers -- he of the ballroom kind and she of the Pussycat Dolls variety. 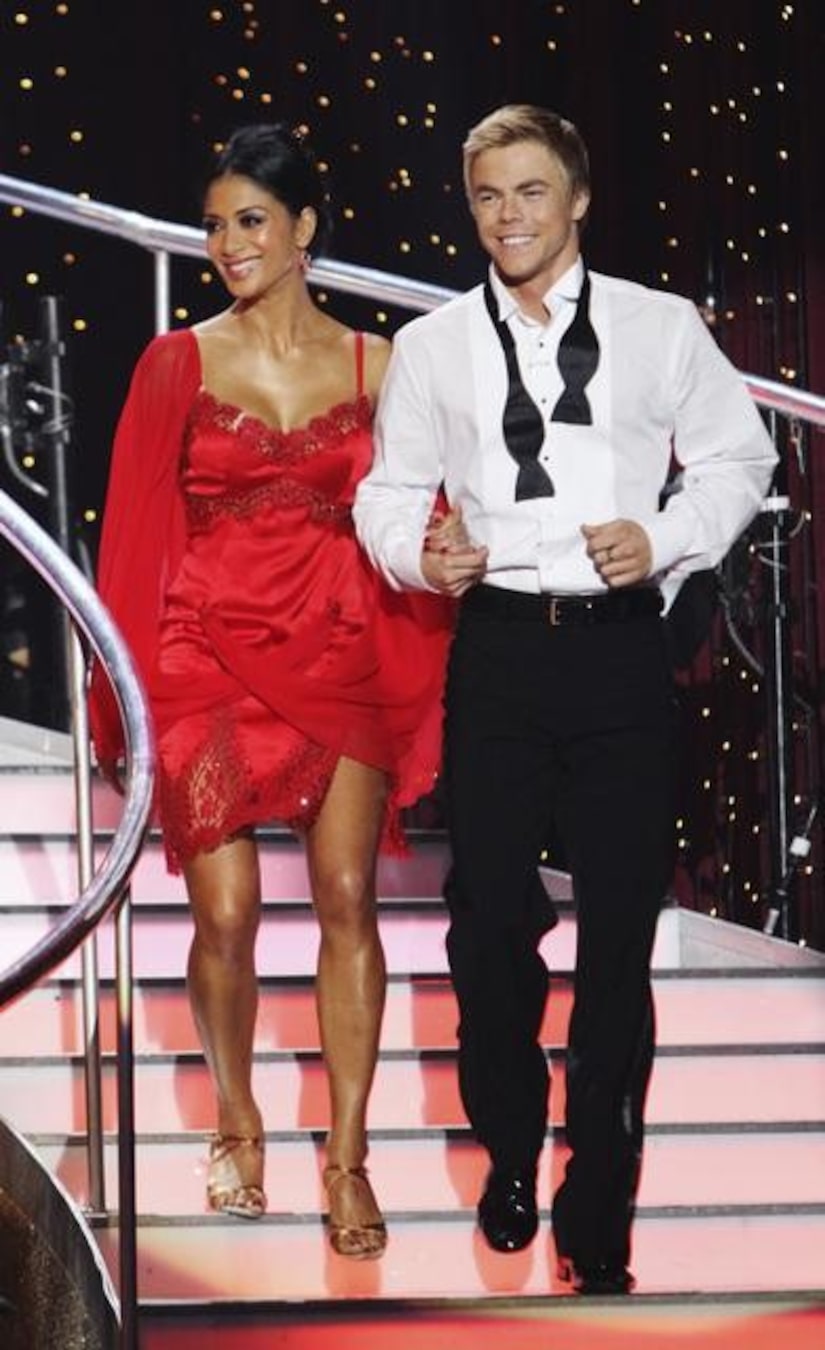 Scherzinger performed a high-energy, toe-tapping jive as her final dance and got a perfect 30 for the effort. Judge Len Goodman declared, "There can only be one winner of 'Dancing with the Stars.' It should be you."

Runner-up Evan Lysacek also received high praise for his solo dance, but received only 28 points in total. No matter. The Olympic ice-skater still had a "blast" performing. "We are totally satisfied with everything we gave. We're so proud of Nicole and Derek. They deserve it. ... They inspired all the other couples in the competition."

Third place went to ESPN reporter Erin Andrews, who was eliminated about halfway through the two-hour season finale. She credited her partner Maksim Chmerkovskiy for helping her get her "life back together," after being a victim in a stalker case.

Most of the former "DWTS" contestants returned for another dance, including Pamela Anderson, Niecy Nash, Buzz Aldrin, Aiden Turner, Jake Pavelka, Shannon Doherty and Kate Gosselin. NFLer Chad Ochocinco was there, too, but was sidelined by a recent football injury and couldn't take another spin.