...Cheryl Burke and Chad Ochocinco. It was a tough choice to make, since all of the remaining four dancing duos on "Dancing with the Stars" did a great job Monday night, but Chad and Cheryl were the ones with the least votes. 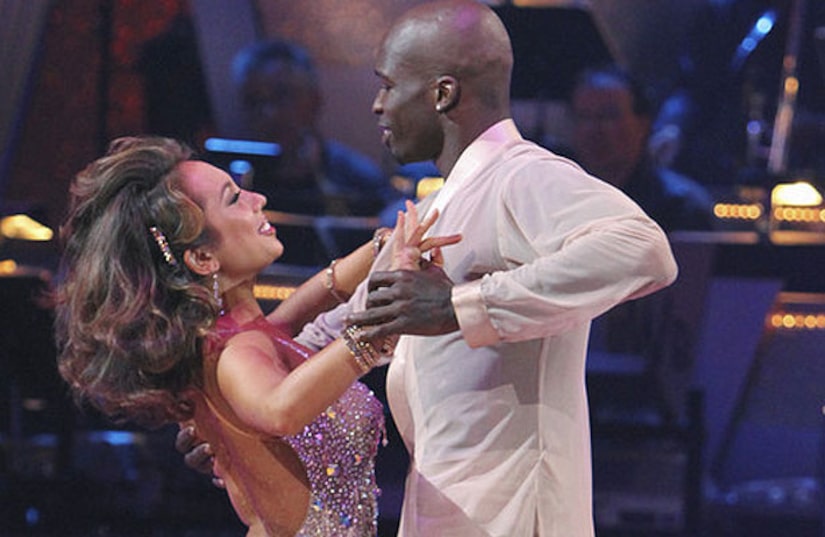 Monday's competition was split into two rounds of dances -- one ballroom, one Latin -- and in the Latin round, each star had to perform a solo.

Judge Len Goodman said of Chad's performance, "You're the only one with absolutely no dance experience in the semi-finals... and to come out in the semi-final and produce a waltz like that. Fantastic."

Ochocinco kept it real, saying he "enjoyed the journey and met great people." In his eyes, he "already won."

Going on into the final three are dancing partners Erin Andrews and Maksim Chmerkovskiy, Nicole Scherzinger and Derek Hough and Evan Lysacek and Anna Trebunskaya.