At the end of the first week with the top 12 contestants, the "American Idol" crew said goodbye to Lacey Brown. 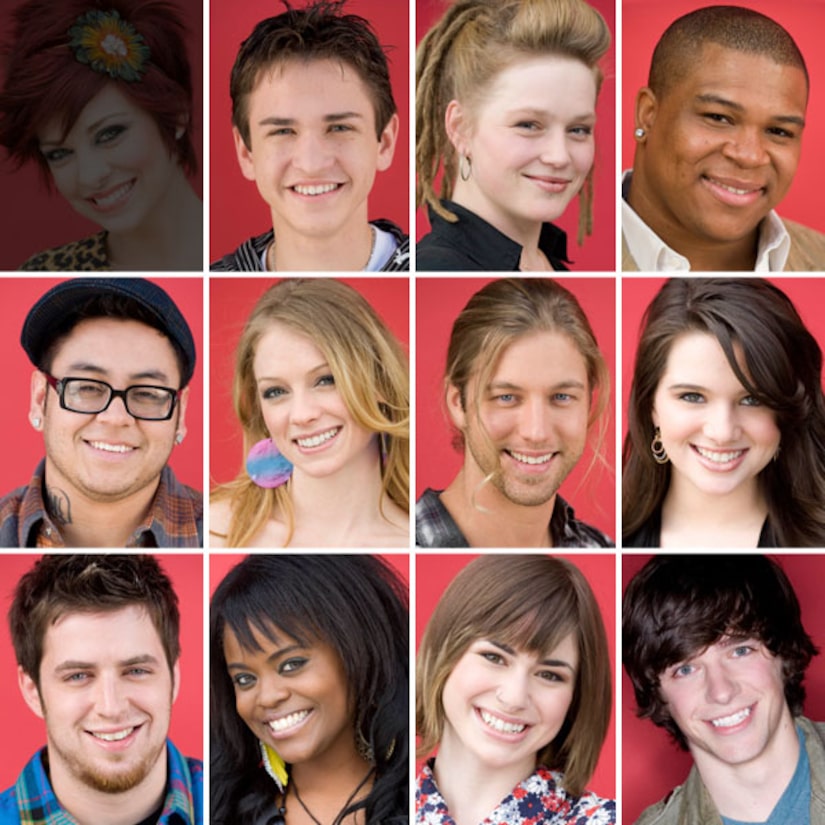 The theme for the week was Rolling Stones, and Brown sang a rendition of "Ruby Tuesday," which didn't wow the judges. Allowed to save one person per season, if America votes them off, the judges opted not to utilize it with Brown.

The spunky redhead said she wasn't going to give up and will keep "singing for her fans." She thought she might try to go the "country music route."

The show got off to a rocky start when Simon Cowell cornered Ryan Seacrest and asked him to never show that aggressive behavior he had the previous night ever again. Seacrest had stared Cowell down Tuesday night when the judge gave an unfavorable review for Michael "Big Mike" Lynche dance moves.

"Don't ever do that again," Cowell scolded. Seacrest acquiesced.

The rest of the evening went smoothly with guest performances by Orianthi, Ke$ha and "Idol" Season 7 winner David Cook.