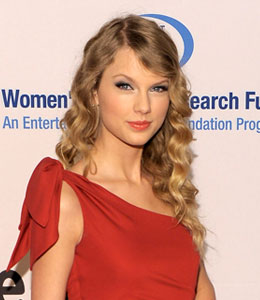 The 20-year-old recently purchased the nearly 5,000 square foot penthouse condo and tells "Extra" she's building a fireplace surrounded by a moat. She says, "I have a really, really just strange kind of imagination."

See photos of Taylor from over the years

The singer/songwriter says her vision is, "All of the crazy things that I thought of when I was in second grade that I thought it would be cool to put into a condo," adding, "The whole thought process has been like, 'why not'? There's no reason not to!"

The "Fifteen" songstress is nominated for eight Grammy Awards. She confesses, "It's something that I never thought that I would get to have in my mind, that I'm getting ready to go into the Grammys and knowing there are eight possibilities. One is all that it takes!"

See photos of Taylor and other Grammy Award nominees

Swift is also scheduled to perform at the Grammys, which air Sunday on CBS.

Have Kate Beckinsale & Goody Grace Called It Quits? The Big… 4