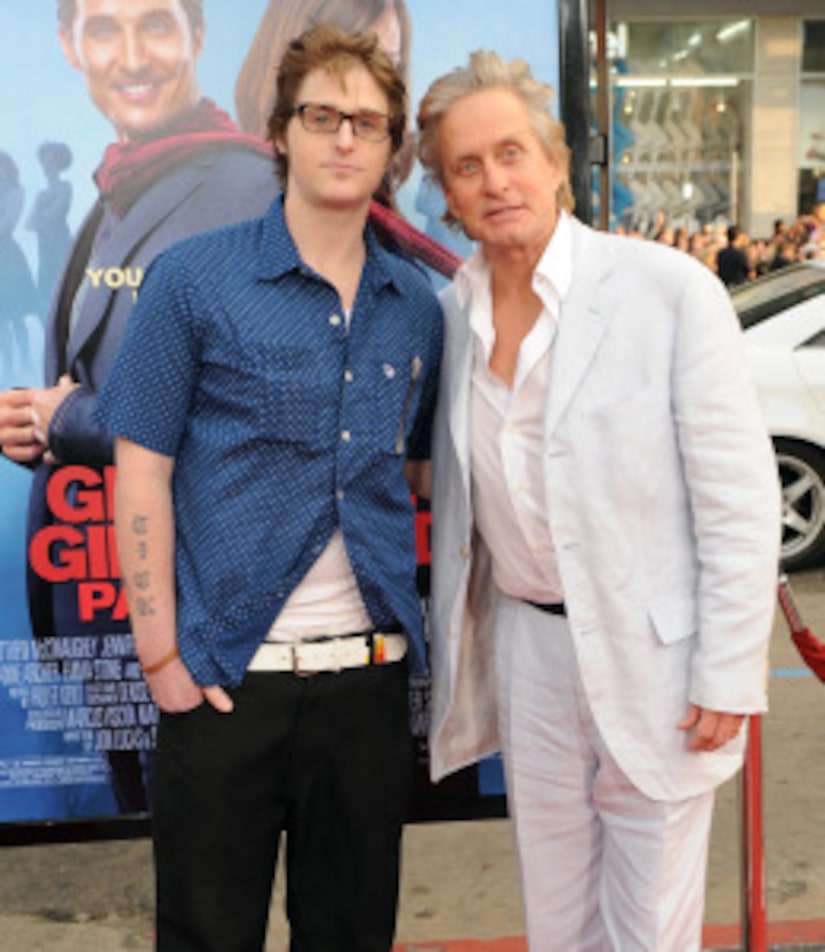 "I began supplying on a regular basis," Douglas confessed, according to press accounts.

Cameron was arrested in a Manhattan hotel room last July as part of a federal drug investigation. He spent the following six months in federal lockup. Douglas has had a long history of drug abuse and became involved with dealing in 2006.

Michael Douglas considers this a wake-up call for his son. "Cameron has a lot of his life ahead," the actor told AARP's The Magazine. "He now recognizes his own demons and struggles ... He's a tough kid. Still, he's in a federal prison, and you've got some big, bad boys down there..."

The younger Douglas starred with his father and grandfather in 2003's "It Runs in the Family." Michael Douglas' half-brother, Eric, died of a drug overdose in 2004.

Cameron Douglas is scheduled for sentencing on April 27th. He faces a mandatory 10-year sentence.