Will Paula Abdul return to television as a judge on "The X Factor"? "Extra's" Terri Seymour sat down with Simon Cowell to find out -- following his announcement that he'll be leaving "Idol" to bring "X Factor" to the states. 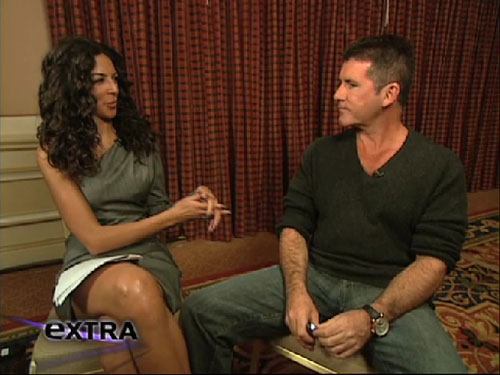 "Paula has been talking to me for months. I've always made it clear that in some capacity I want to work with Paula again. It might be here, it might be in England," Cowell revealed.

See photos of Simon from over the years

Cowell says "The X Factor's" panel will "probably" be announced in a few weeks.

Rumors about Victoria Beckham are completely false, Cowell says. "I never approached her. Never have, never will. I don't know where these rumors come from," he answered.

Beckham will be a featured judge in the Boston auditions episode of this season's "Idol."