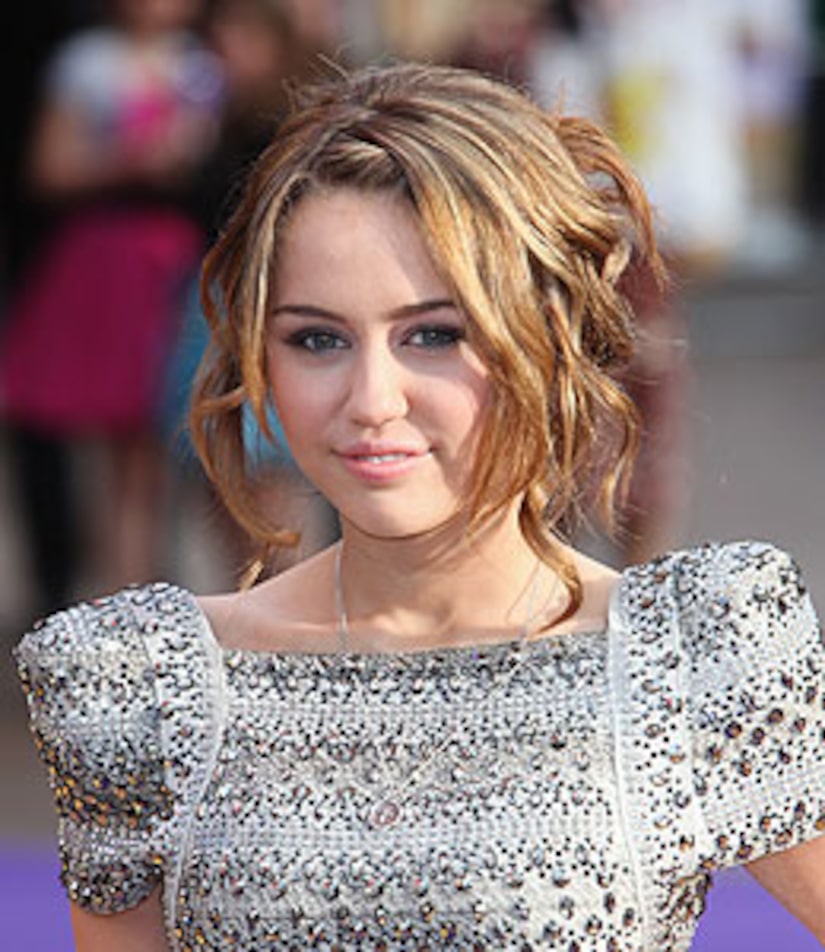 Miley Cyrus tattooed "Just Breathe" near her heart recently -- and she says the words are to remind her of loved ones she's lost.

"It reminds me not to take things for granted," the "Hannah Montana" star reveals of her ink in the new issue of Harper's Bazaar "I mean breathing -- that was something none of them could do, the most basic thing. And I put it near my heart, because that is where they will always be."

See other stars who sport tattoos

Both of Cyrus' grandfathers died of lung cancer, and Miley lost a close friend in 2007 to cystic fibrosis. The inked words were written in her mother's handwriting.

Cyrus, 17, says getting the body art was painless because she focused on the meaning behind it.

"It really doesn't hurt if you're thinking about the meaning," Miley adds. "I could never get a meaningless tattoo, but I think that if you're doing something that's important, that's significant in your life, it takes some of the pain away."

Check out how Miley has changed over the years

Miley's ink was first spotted in December, when she sported a pink bikini poolside in Miami.