Many people aim to shed weight in the New Year -- and People magazine found five inspirational people who dropped pounds without surgery or tricks. 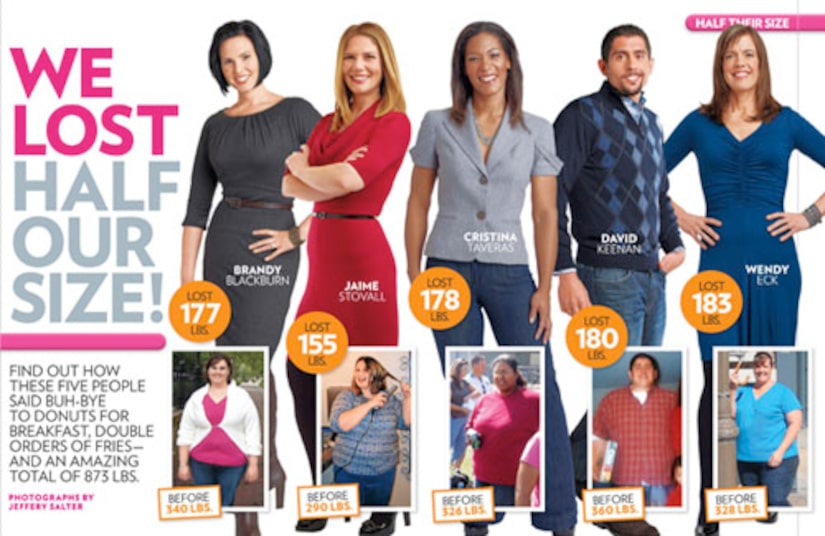 David Keenan, 26, dropped from 360 lbs. to 180 lbs. after he discovered Power 90 workout tapes and started dieting -- snacking on protein bars rather than candy bars.

Cristina Taveras, 30, was 326 lbs. before she began a diet consisting mostly of veggies, and working out 5 days a week for 45 minutes on the elliptical trainer. Now Cristina weighs in at 148 lbs.

27 year-old Phoenix native Jaime Stovall lost 155 lbs. after developing a workout routine, and sticking to it every morning for 30 minutes.

Brandy Blackburn, a 25 year-old mother, dropped from 340 to 163 lbs after she downloaded Smartpeople.com's iPhone app that tracked what she ate.

Wendy Eck, 40, said she decided to sign up for Nutrisystem after she couldn't ride any of the rides at Disney World because of her weight. Nutrisystem and 80 minute daily workouts have made Wendy drop from 328 lbs. to 145 lbs.