"The Twilight Saga: New Moon" hit theaters last month, but the anticipation for the next flick has already begun!

Check out the first pic from "Eclipse," where Bella Swan (played by Kristen Stewart) and Edward Cullen (played by Robert Pattinson) gaze into each other's eyes pre-kiss in a beautiful meadow. How romantic! 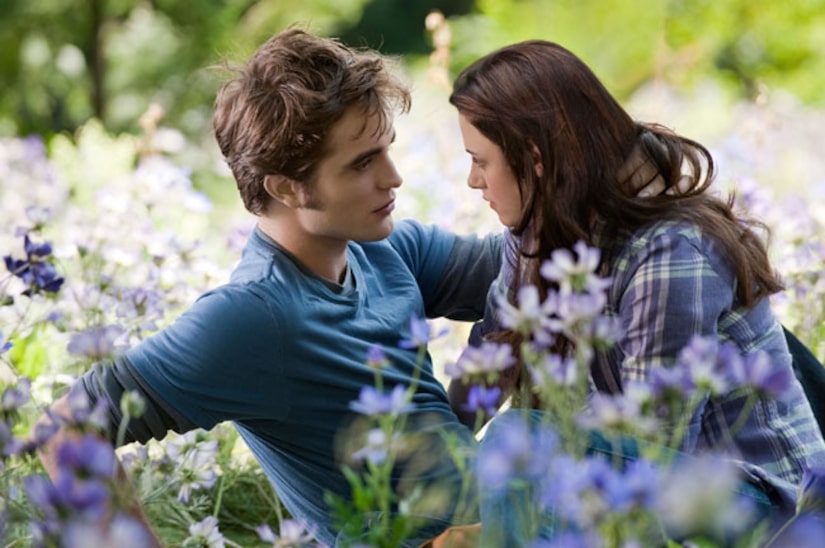 See photos from the "New Moon" premiere in L.A.

In "Eclipse" (in theaters June 30, 2010), Bella continues to struggle over her love for vampire Edward and werewolf Jacob Black (played by Taylor Lautner).

We're countomg down the best "Twilight" moments of 2009