This summer's biggest hit "The Hangover" is back -- and Extratv.com has the scoop on what you can expect for the DVD and upcoming sequel.

Director Todd Phillips says he has begun the writing process for "The Hangover 2," with shooting set for September 2010. The crew is back for round two; Bradley Cooper, Ed Helms, Zach Galifianakis and Justin Bartha. 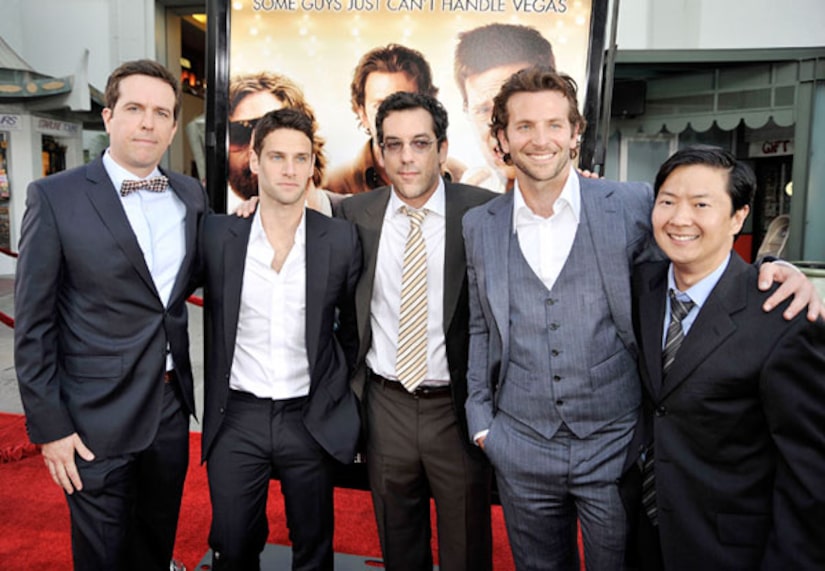 Don't expect any wild adventures in Sin City this time around. "It does not take place in Vegas," Phillips confirms. The sequel also doesn't pick up where the first film left off.

Bartha has yet to see the any of script, but verifies "The Hangover 2" will be "very funny."

"The Hangover" releases on DVD and Blu-ray Dec. 15 and it's jam packed with bonus features and deleted scenes. Bartha says fans can expect more scenes of him alongside his on-screen father-in-law Jeffrey Tambor as well as "great Ken Jeong outtakes."