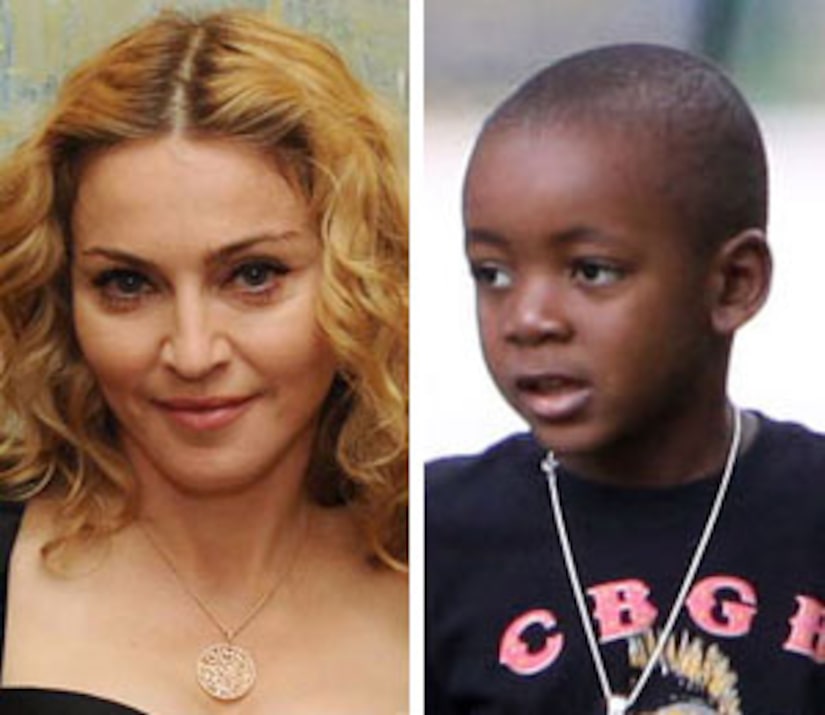 Madonna's 4-year-old son David is following in her footsteps!

"He knows every song, every word, every step, and he wants to wear all the costumes," the singer dished on the British morning show "GMTV." "He likes my dress that I wear in 'La Isla' [Bonita]."

See photos of Madonna from over the years

"When he jumped on stage to dance in my last show, I was shocked actually," Madonna revealed. "And secretly, unbeknownst to me, they're all studying privately with my dancers. And Rocco comes out and busts out, like, a moonwalk or, you know, some kind of break-dancing move."

Daughter Lourdes, 13, has also gotten into the action by appearing in Madonna's "Celebration" video and announcing she hopes to become an actress.