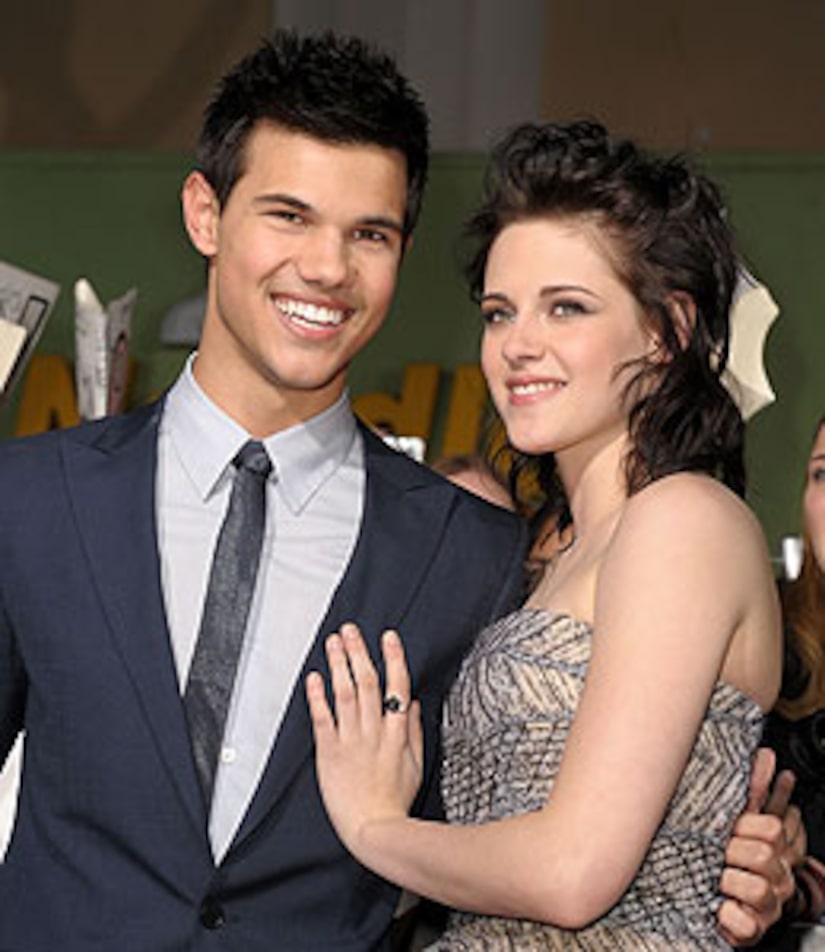 "Extra" has a prime spot on the red carpet at Monday night's "New Moon" premiere at Mann Village Theatre in West Los Angeles. We'll keep you updated on all the action.

Check out red carpet photos from the premiere here

7:58: The end! Kristen Stewart jokes around with Mario and Taylor Lautner -- she says Mario should join the wolf pack for sure. Kristen wore Oscar de la Renta. She was rocker glam. She stayed far away from RPattz and closer to Taylor. What a night!

7:40: Kristen Stewart and Taylor Lautner are the very last to arrive.

7:40: Christian Serratos says she wants to go to Denny's after the movie is over!

7:30: Taylor Lautner is hugging his fans!

7:25: RPattz has some scruff going on and tells "Extra" he is overwhelmed.

7:16: Michael Sheen says he waited this long in line to see Meatloaf when he was 14 -- so he can sympathize with "Twilight" fans!

7:10: Kellan Lutz tells "Extra" he likes promoting the movie and doesn't mind how busy he is.

7:00: Nikki Reed brought her dad as a date. She and Mario joked around a lot and seem to be friends.

6:47: Extra showed Jackson Rathbone a magazine with Ashley Greene on the cover -- and he says she should be on every page because she looks so good.

6:37: Peter Facinelli is signing autographs for fans while Jennie stays back with their young kids.

6:32: Jennie Garth has a rocker chic 'do. She's here with hubby Peter Facinelli.

6:30: Julianne Hough is strolling the red carpet with a female date.

6:28: Cameron Bright says it only takes an hour and a half to get into costume.

6:25: Alex Meraz says he feels like he's aged four years because of filming and jokes the premiere should be a national holiday!

6:23: Elizabeth Reaser looks like she could be Kristen Stewart's age!

6:18: Cameron Bright is staring at the fans looking like he can't believe the attention.

6:07: Michael Welch is STILL signing autographs for fans! What a guy.

5:54: Michael Welch tells us his character Mike Newton should appear in all four movies. He also stopped to say hi to a fan, who just about fainted.

5:43: Richie Sambora is here with his adorable daughter, Ava. Still waiting for Rob and Kristen!

5:34: Julia Jones just told us it was hectic to be filming with the Wolf Pack -- they were constantly "throwing things at her" and acting rowdy!

5:13: Julia Jones, who plays Leah Clearwater, just walked in wearing a tight pink dress and a sleek, short 'do.

5:04: The announcer just asked everyone to make way for the stars!