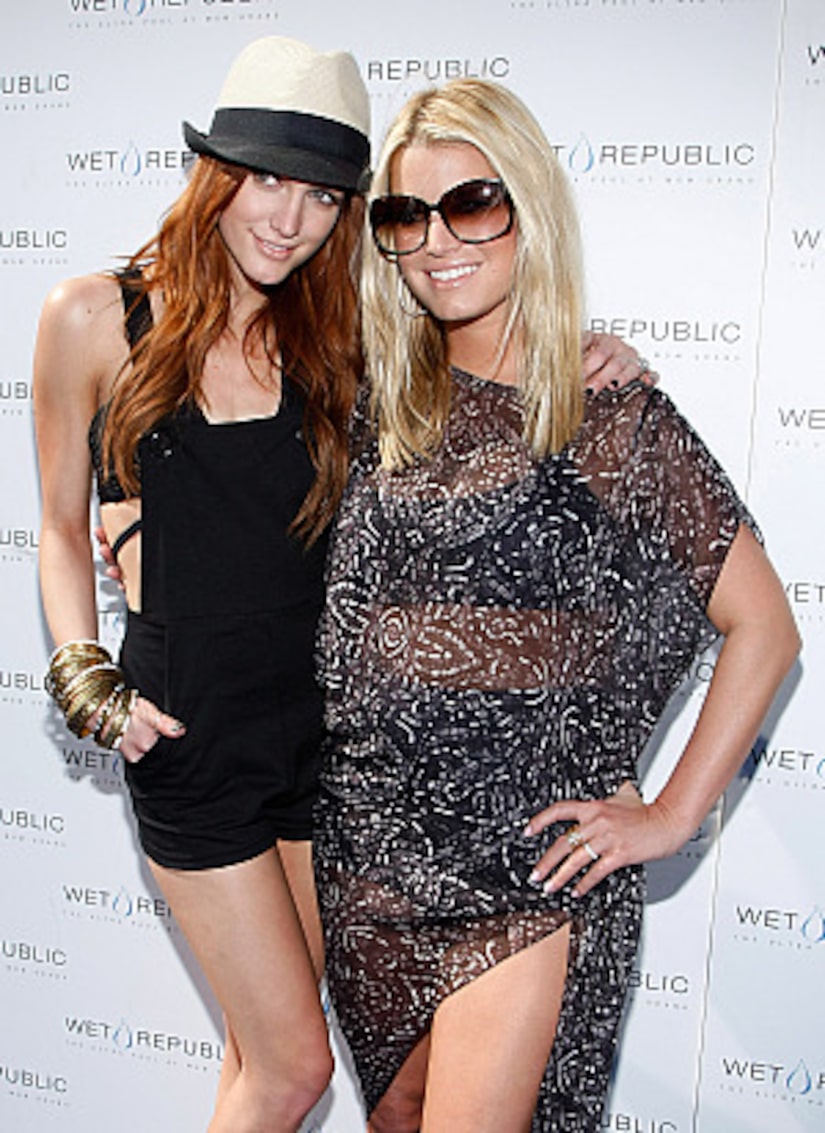 "It's disgusting that people would say those things," Ashlee tells Women's Health magazine. Jessica was mocked in an NFL ad last month in which a cartoon Dallas Cowboys Marion Barber says, "Man, I still can't believe Tony [Romo] dated Jessica Simpson, even after she blew up bigger than Flozell Adams!"

Ashlee goes on, "My sister has an incredible body. I feel sorry for anyone who would judge her, because she's one sexy lady."

Ashlee -- who welcomed son Bronx Mowgli one year ago -- says she stays fit with a few 30 to 40 minute workouts a week. But neither she nor hubby Pete Wentz care if she lets herself go in the future.

"There's going to be a time when I'm way curvier, and that'll be sexy, too," says Ashlee, whose last "Melrose Place" episode airs in January. "Pete isn't worried about stretch marks. He always makes me feel good."

Meanwhile, Jessica is back in the gym. She posted on Twitter Wednesday that she had "sore buns" after working out with trainer Mike Alexander. On Thursday, she posted a picture of her icing her knees.

"Look at what age can do to a total badass :( At least my legs will look good!" she wrote.