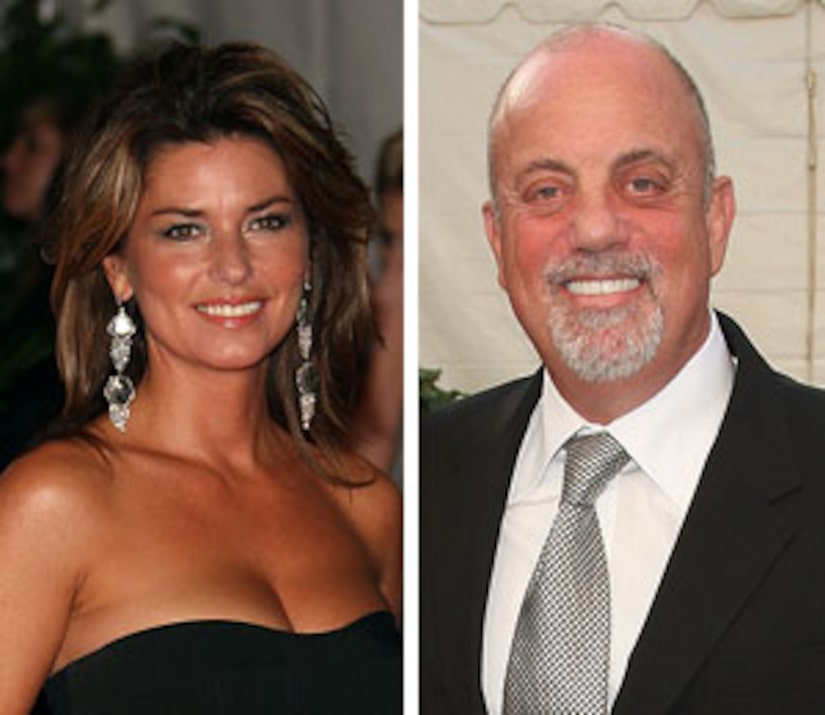 Shania Twain and Billy Joel are not making sweet music together.

The National Enquirer reported that Twain, 44, and Joel, 60, have been going on secret dates, but Twain's rep tells "Extra" that the "story is not true."

Twain has been romantically linked to Frédéric Thiébaud since splitting from husband Robert "Mutt" Lange, who reportedly was cheating on her with Marie-Ann Thiébaud -- Frédéric's ex!

Joel introduced "Extra" to girlfriend Deborah Dampiere on the opening night of the Metropolitan Opera back in September.