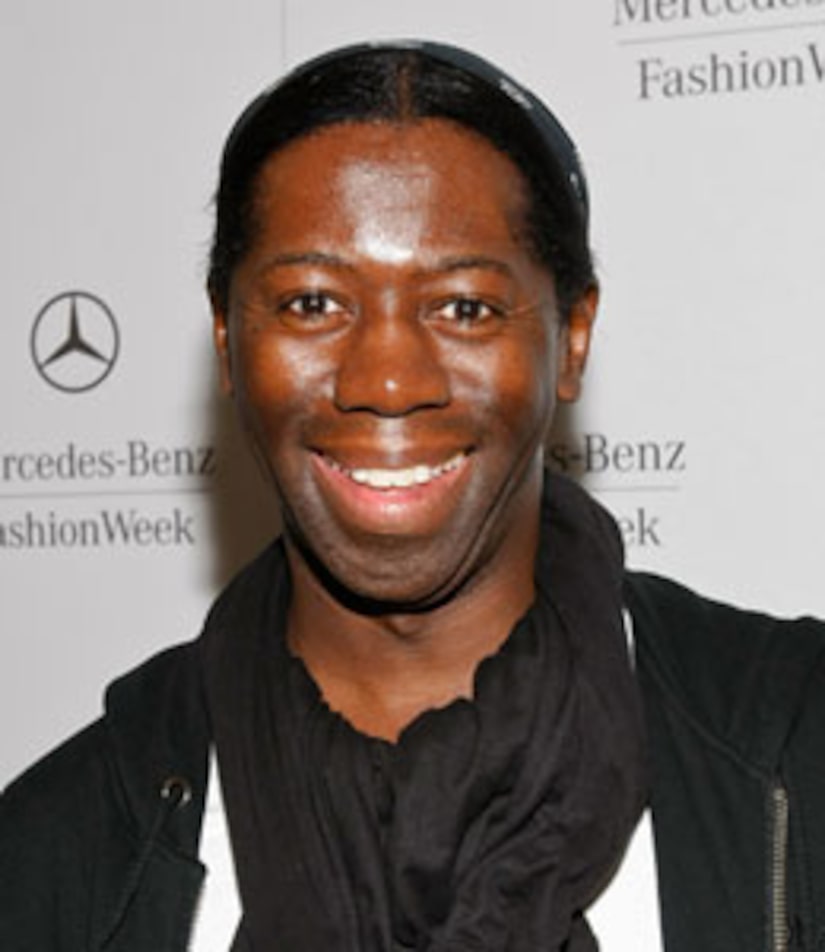 Miss J, born Alexander Jenkins, and his ex-boyfriend both donated sperm. "A French lesbian had asked if we would be sperm donors," he said on "The Tyra Banks Show." "So we did a little test tube."

His ex is the biological father but Miss J says Boris is a big part of his life. In his new book "Follow the Model" he writes, "The experience has enriched my life beyond imagination."

"He insists on wearing nice shoes," he adds. "I think somehow my fashion genes must have slipped in there."

"Follow the Model" is on bookshelves now and Miss J's interview airs on "The Tyra Banks Show" on Tuesday.