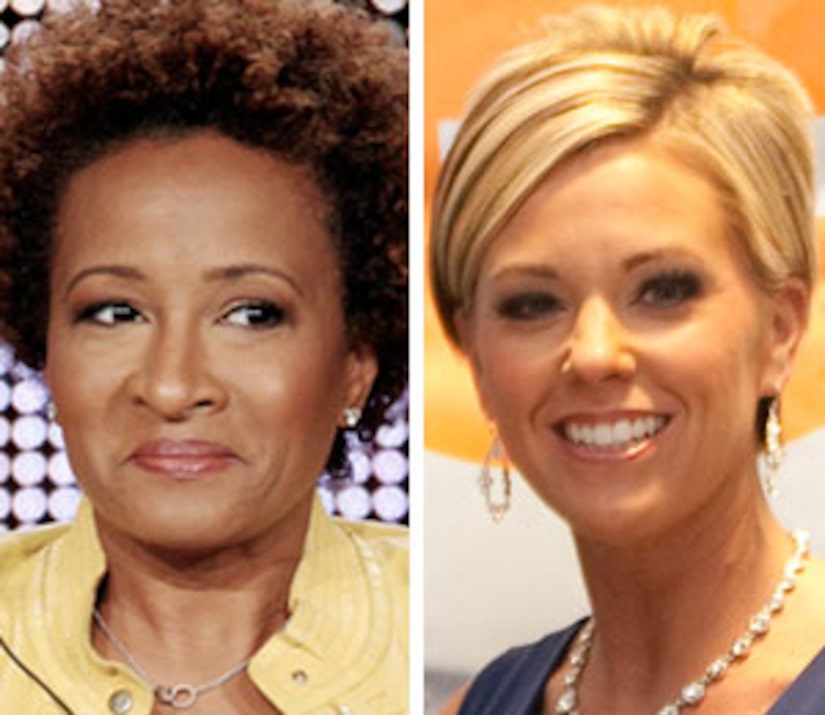 Wanda Sykes has a few words of advice for Jon and Kate Gosselin.

"I think I would tell them to stay off TV and raise their kids," the comic tells "Extra."

See the Gosselins and other reality TV couples

"And maybe if they got off TV, Kate could let the other side of her hair grow back!" adds Sykes, referring to the reality mom's reverse mullet.

"It's gonna be a lot of fun," she says. "But no band. Mainly because we don't have money. We're just going to hum!"

The show won't be like the "Late Show with David Letterman," she says.

"So far I haven't slept with anyone on my staff," she jokes. "So far."