The vampire flick changed their lives -- and there's no looking back now!

"'Twilight' changed everything,' superstar Robert Pattinson tells "Extra." A little over a year ago, the cast of "Twilight" were relative unknowns. Now, cameras follow their every step. 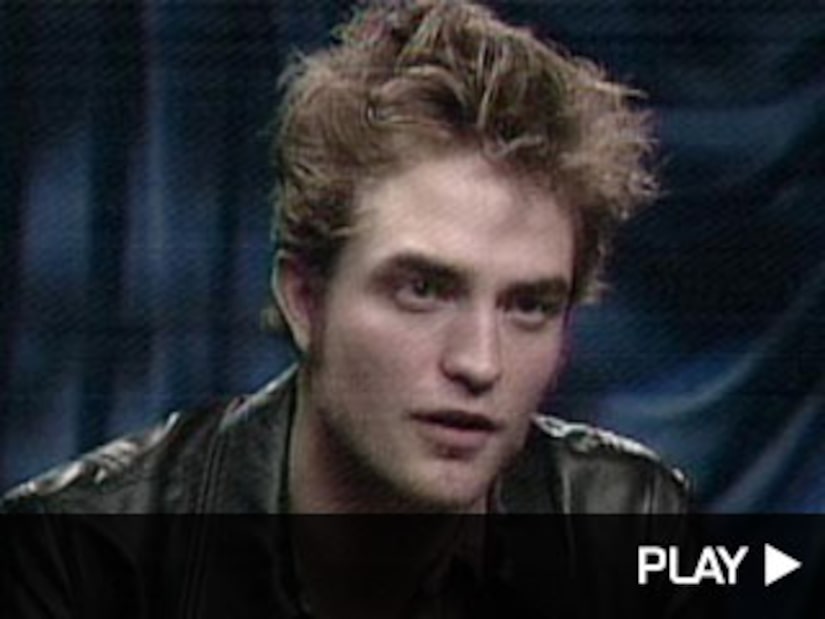 The 23-year-old heartthrob tells "Extra's" Mario Lopez that before "Twilight" he spent about a year just getting drunk. He adds, "You realize very quickly, you can't drink beer and go to the gym. It doesn't make any difference."

Check out pictures of shirtless Rob from the "New Moon" set

Newbie Alex Meraz, who makes his first appearance in the trilogy as wolfpack member Paul, says he thought the "Extra" host would be cast in his role. Meraz confessed to Lopez, "I gotta say man, when we were cast in this thing... I thought I was gonna lose my role out to you."

Co-star Kristen Stewart agreed, saying Lopez has "got the guns" to be a member of the often shirtless wolfpack.

Kristen returns as Bella Swan -- but expect a more brooding, darker performance. Bella is heartbroken in "New Moon" after Edward leaves her -- but things change when she grows closer with Jacob Black.

In the novel, Edward is hardly seen, but in the film version of "New Moon," RPattz fans will see plenty of Mr. Cullen. Audiences will see Edward appear as a figment of Bella's imagination. Plus, he makes his long-awaited return to the screen after his brush with the Volturi in Italy.

Jacob Black returns in a big way for "New Moon," going front and center as Bella's new love interest. Taylor packed on nearly 30 lbs. of muscle for the role.

Rosalie Hale is still not entirely fond of Bella in "New Moon." In fact, she tells Edward that Bella might be dead -- causing him to seek out the Volturi.

Alex plays Paul, a werewolf prone to angry outbursts. Bella describes him as "a massive, crouched shape, ready to spring."

Edi plays Laurent, one of the three nomadic vampires from "Twilight." Laurent returns to kill Bella -- but is unsuccessful.

Rachelle plays Victoria, the villainous vampire bent on killing Bella. This is the last fans will see of Rachelle, though -- actress Bryce Dallas Howard is replacing her in "Eclipse."

Michael plays Aro, leader of the Volturi. Aro can read minds -- and he has a dangerous fascination with Bella.

Charlie plays Demetri, a member of the Volturi Guard known as a "tracker." His tracking abilities are said to be better than James'.

Anna plays Jessica Stanley, one of Bella's first friends in Forks -- but the two have a falling out in "New Moon" when Bella can't pull herself out of her depression.

Michael plays Mike Newton, a classmate with a crush on Bella. In "New Moon," Mike asks Bella every day if she'll come to work and nearly gives up on her.

Christian plays Angela Weber, who becomes one of Bella's best friends in "New Moon." Bella loves that Angela doesn't talk as much as Jessica.

Noot plays Heidi, a member of the Volturi guard who lures humans to eat. She's known as "bait."

Director Chris Weitz replaces "Twilight" director Catherine Hardwicke for "New Moon." His directing credits include "The Golden Compass" and "About a Boy."