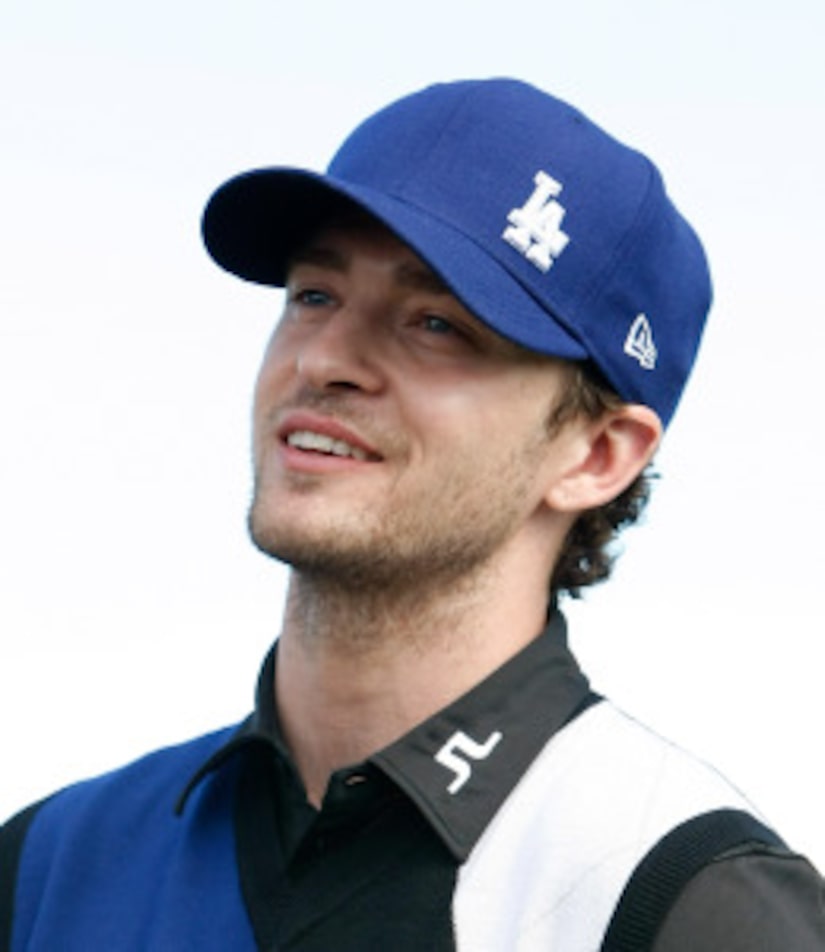 Cry him a river, indeed.

Justin Timberlake sat down with "Extra's" Mario Lopez at the 2009 Shriners Hospital for Children Open in Las Vegas last month to answer a few rapid-fire questions.

Check out photos of Justin Timberlake through the years

When asked what flick makes him tear up, Timberlake, 28, says, "Movie that makes me cry? Uhhh, 'Braveheart.'"

"It was wet [and] sloppy -- probably not very good, but I thought I was the bomb," he says.

His first childhood crush? Alyssa Milano, whom he briefly dated in 2002 after splitting from Britney Spears. "Sam was hot," he jokes, referring to Milano's "Who's the Boss" character.

When Timberlake's not touring, he has one show on his DVR: "Mad Men," he tells "Extra."

To find out more about Timberlake -- including the first album he bought, and what he named his first dog -- tune into "Extra" Thursday night! 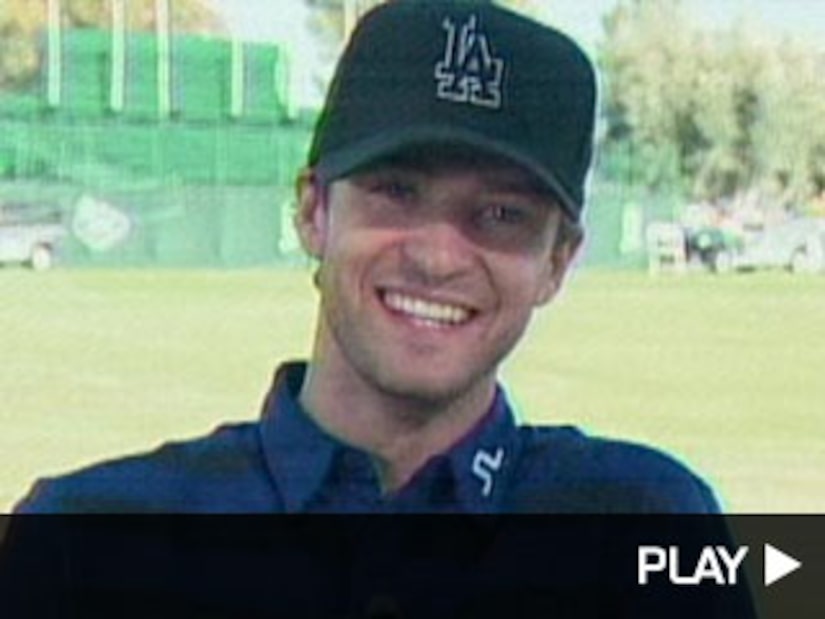