When George Lopez kicks off his new talk show, "Lopez Tonight," on TBS Monday, the set might look a bit familiar. 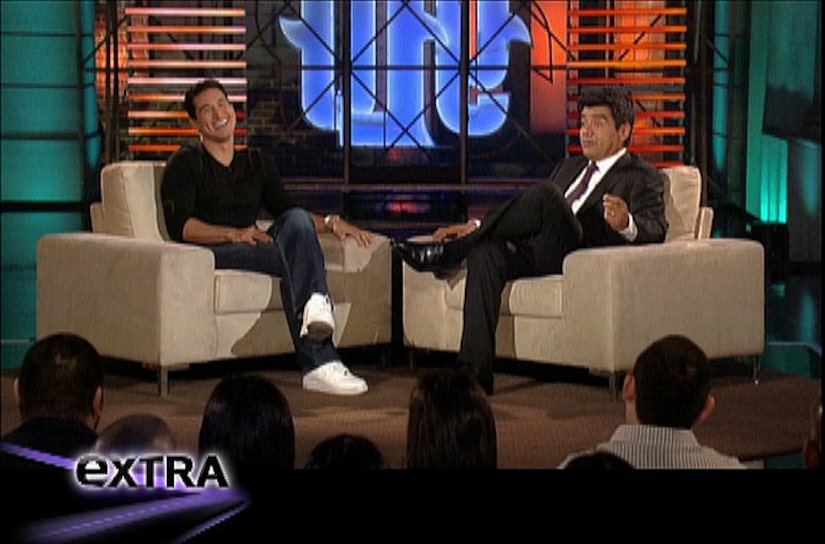 "This is the recreation of what used to be 'ER,'" the comic, 48, jokes to "Extra's" Mario Lopez during an exclusive set visit. Part of the talk show was taped on the same Warner Bros. backlot as the doctor drama.

"They were gonna throw all this stuff away so we were like, let us have it!" George says.

George -- who will be the first Latino to host latenight -- also tells Mario about how he made President Barack Obama crack up while doing stand-up at the White House. The president later agreed to shoot a promo.

"Everybody says, 'How did you get who ends up being the President of the United States to do a promo?' I'm gonna tell you something I haven't told anybody. I helped him get a birth certificate," George quips.