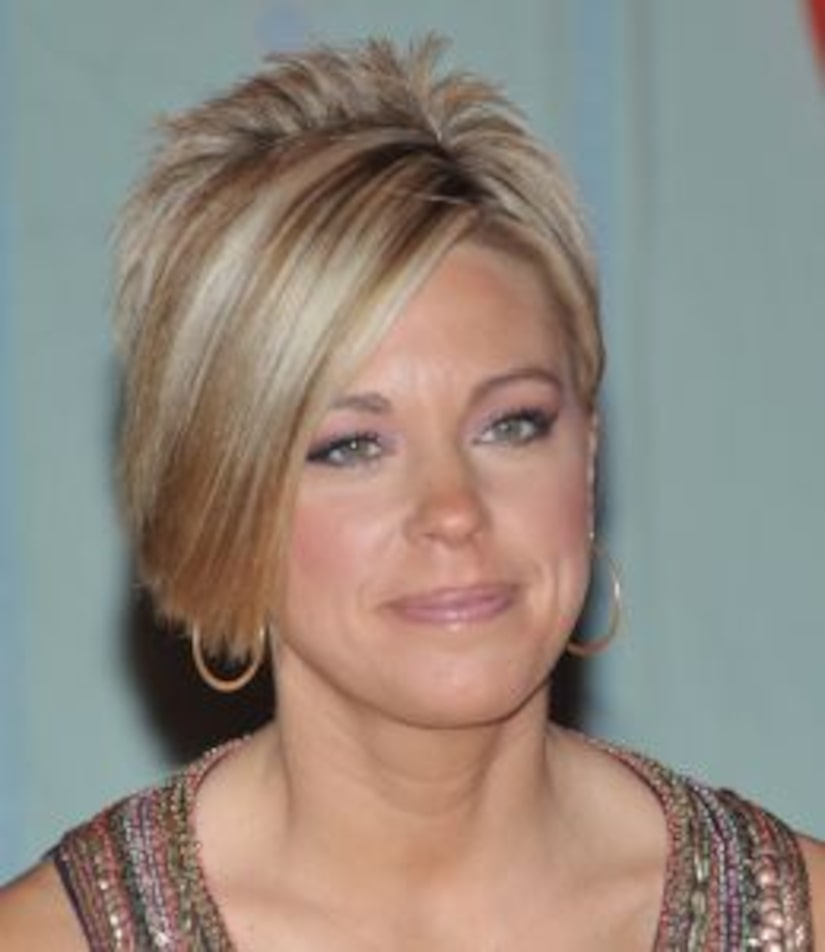 Kate Gosselin says she doesn't regret starring in "Jon and Kate Plus 8."

"I would go back and do it again," the reality mom, 34, said in an TLC special (via Usmagazine.com) that aired Monday night.

She calls the show "a blessing because it was me working with my kids by my side." She says Jon -- who halted production on the show -- "enjoyed the trips, the experiences" the show provided.

Look back on Jon and Kate's biggest fights

Said Kate, "At this point, I can't go back. Let's face it -- being a nurse, a single mom of eight kids, I would not be able to provide for them in any way shape or form."

The series "has become our primary income and for that I am very grateful."

Even though she wants "peace" for her eight children, she says it's too late to hide from the spotlight.

"We're too far gone," she said. "Stepping out of the spotlight when it's prudent to do so is a good thing."

Kate says the demise of her 10-year marriage to Jon "happened so quickly ... At the end of the day, I looked at him and he looked at me, and we were completely different people."

But she feels the show did not end their marriage.

"Had we never done the show, we would have been struggling ... and that would've gotten the best of us," she said.

But she feels like filing for divorce means she failed.

"I've never quit anything in my life," she said. "Our goals just very much changed ... I just think somewhere along the lines his goals changed, and they felt detrimental to me and the kids."

As for who initiated the split, Kate says it was a "mutually agreed upon thing."

Even though she admits Jon "was not happy" staying home with the kids while she traveled promoting the show and her books, she doesn't have sympathy for him.

"I think once you become a parent, it's too late to worry about what should've, could've, would've been done," she said. "I was very hard on him and I would never deny that. I felt very much like a lot of weight rested on my shoulders."

She admits she emasculated Jon, 32, "to a degree."

"I was wrong to treat him that way. Was it good, healthy and wonderful? No. Am I proud of those moments that were captured? No," she says.

Kate thinks Jon was out of bounds for suggesting she had an affair with her bodyguard, Steve Neild, whom she argues she travels with for safety.

"People have a lot of contempt and hate for me and at the end of the day, I need to come home safely to my kids," she says.

"One day it suited his needs to take the spotlight off his bad behavior and turn it on me," she explains as to why Jon alleged infidelity.

"I still wake up every day, and I think the phone will ring, and it will be the old Jon," she said. "It's hard to be married to somebody for 10 years and try to say, 'No, I don't love them anymore.' I love the memories we have together, the good times."