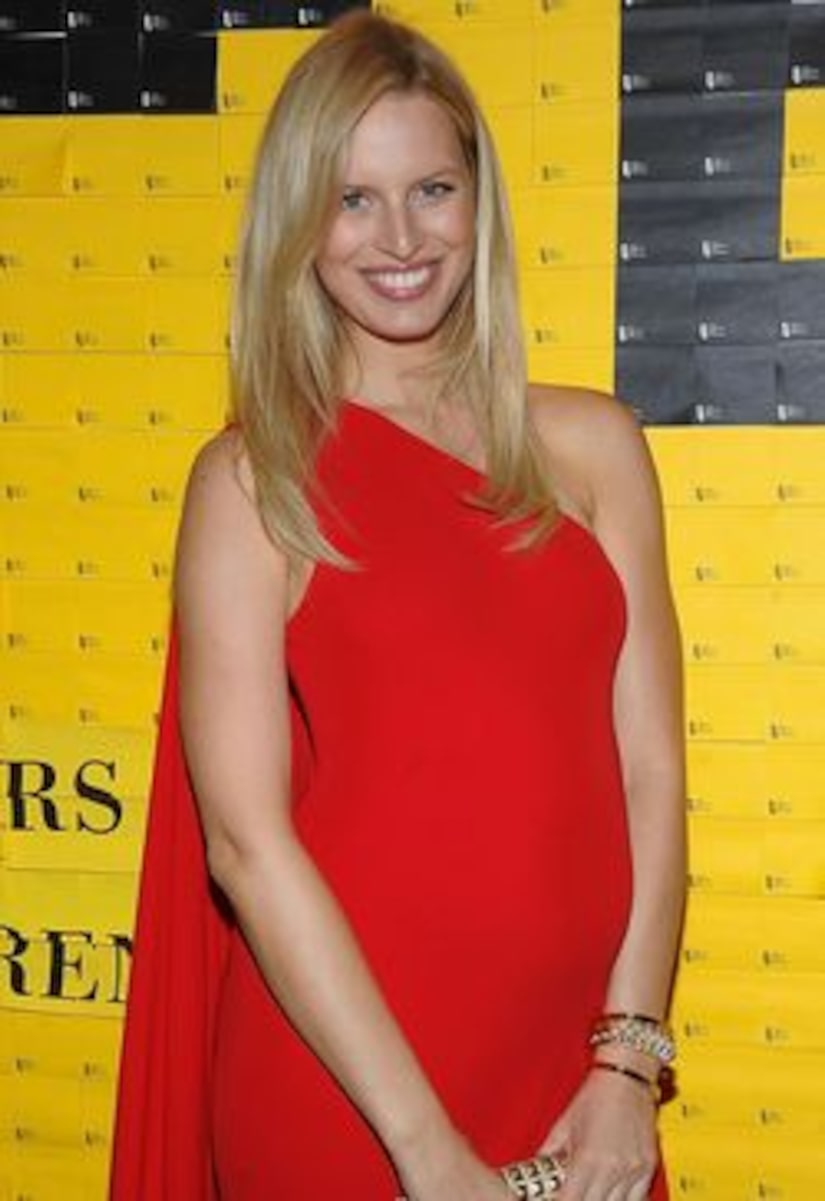 It's a boy for Karolina Kurkova!

"Toby Drury, weighing 6 lbs 3 oz, is the first child for Kurkova and Drury," the rep goes on. "Both mother and baby are happy and healthy."

"She looked amazing at her shower and she's super excited," Ambrosio told People at the launch of Victoria's Secret Beauty Velvet after the shower.

Ambrosio -- who had a daughter last year -- loves that all the Victoria's Secrets models are having kids.

"It's just great that we're all at the same time in our lives. We're all having babies, we're thinking about play dates. We're going shopping for the babies," she said. "If we have time, we're together we're talking about babies!"