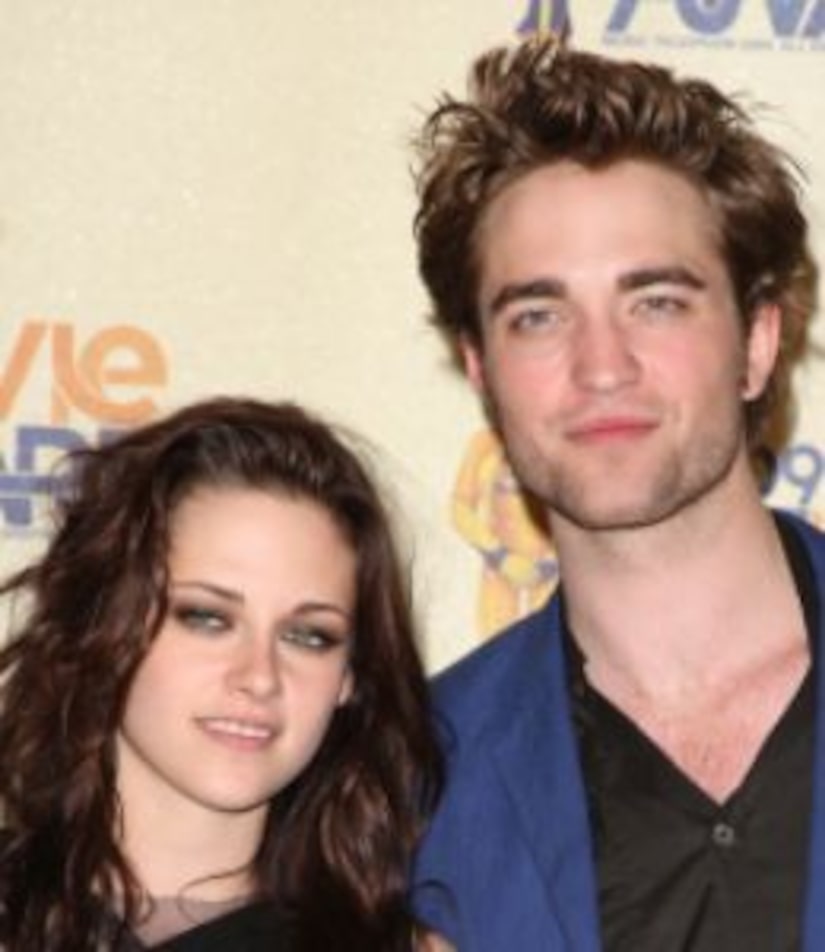 Robert Pattinson and Kristen Stewart have "complex feelings for each other," Twilight director Catherine Hardwicke tells the December issue of Vanity Fair.

"What Rob and Kristen had is a multitude of feelings for each other," she goes on, adding that their characters' chemistry -- which she describes as "complex, intense fascination" -- is "what we needed" for the vampire series.

See what celebs dressed up as for Halloween!

She says the co-stars have a "nervous attraction" off screen.

"It doesn't make any difference what you say [to the tabloids]. I've literally been across the country [from Kristen], and it's like 'Oh, they were on secret dates!' It's like 'Where? I can't get out of my hotel room!'"

(Stewart's take on their supposed affair? "It's so retarded," she says. "We're characters in this comic book.")

Pattinson says Stewart, 19, has "influenced how I've done all the Twilight stuff. It's quite nice to have someone who is genuinely indifferent to the whole spectacle of everything."

The actor admits he's "unbearably self-conscious about stuff." While taping new Moon (out Nov. 20) in New York City, he says, he was terrified his "a*s crack [was] showing" in paparazzi photos.

Despite his good looks, he thinks he resembles "a cartoon character," he says. Pattinson thinks one of his legs is longer than the other, making him look "like an idiot."

Robert is an accomplished musician on both guitar and piano — his own music was featured in "Twilight." Remember the scene where he and Bella had dinner? That's Rob in the background, singing “Never Think.”

RPattz has two older sisters — one of whom had a top ten hit with her own band.

RPattz had to fake an American accent for "Twilight."

Robert's first kiss was when he was 12-years-old.

One of Robert's favorite TV shows is the British series "X Factor."