Joe Jackson says that Michael is making a bigger impact than ever since his June death from an apparent drug overdose. 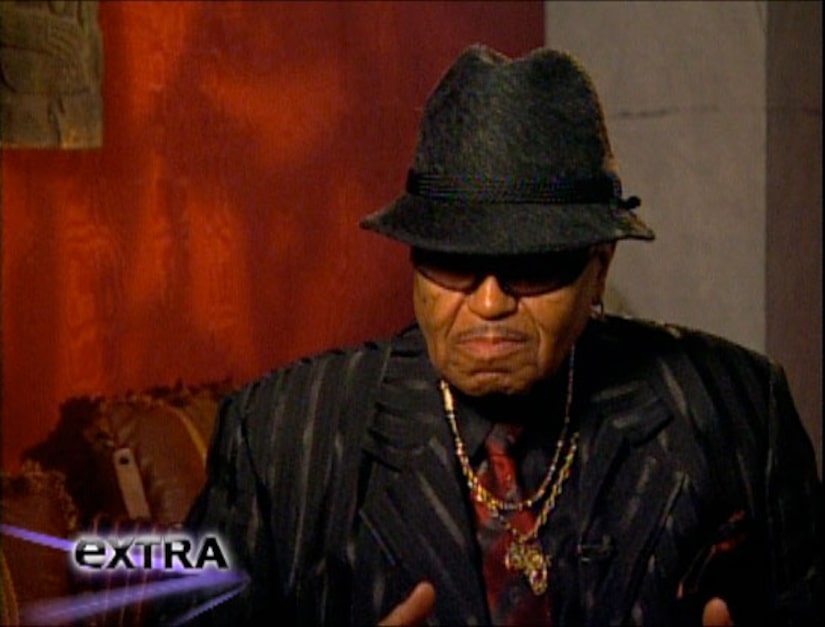 "He's worth more dead than when he was alive," Joe, 80, tells "Extra" in an interview that airs Thursday night. "I'd rather have him alive."

As Michael's movie "This Is It" rakes in $2.2 million in the box office, Joe adds, "When he was living, they didn't show this."

See 30 photos from the "This Is It" premiere

Joe admits he wasn't on board with the flick at first, which documents Michael rehearsing for his comeback tour of the same name.

"I didn't know what 'This Is It' meant," says Joe, who spoke to "Extra" in Las Vegas at the unveiling of a celebrity star honoring him and his famous family.

But the movie allows him to remember Michael "as I knew him best: performing and dancing on stage. Entertaining people," he says.

Hearing Michael's songs make Joe "very emotional," he admits. He sometimes sheds tears "when I'm off to myself and I start thinking about things that we went through," he says. "No one will ever see me, though."

He has harsher feelings for his son's doctor, Conrad Murray, who is currently under investigation on manslaughter charges.

Joe says if he saw Murray, he'd "knock him out."

Michael Joseph Jackson was born August 29, 1958, in Gary, Indiana. The youngest of five brothers, Michael showed a passion for performing at an early age — and at 11 in 1969, he and the Jackson 5 had released their first single. He remained a force in pop music for the next forty years.

In 1970, the Jackson 5 became the first group in pop history to have their first four singles top the charts: “I Want You Back,” “ABC,” “The Love You Save,” and “I'll Be There.”

In 1982, Jackson released “Thriller” — the best selling album in history, with “Beat It,” “The Girl is Mine,” and “Billie Jean” rocketing to the top of the charts. His music videos made him a phenomenon — the ten-minute video for “Thriller” is considered one of the best music videos of all time. “Thriller” spent 37 non-consecutive weeks at number one and sold more than 40 million copies. It won eight Grammys in 1983 — a record.

In 1984, Jackson's endorsement deal with Pepsi was the largest of all time.

Jackson's hair caught on fire as a result of a special effect accident while filming a Pepsi commercial. Rumors began swirling that he underwent numerous plastic surgery procedures shortly after the accident.

In 1985, he became the owner of all the John Lennon-Paul McCartney copyrights when he acquired ATV Publishing. This reportedly ruined his friendship with McCartney.

“Bad” spawned five number one songs: “I Just Can't Stop Loving You,” “Bad,” “The Way You Make Me Feel,” “Man in the Mirror,” and “Dirty Diana.” Its year-long tour became the largest-grossing tour in history, and “Bad's” 17-minute music video was directed by Martin Scorcese.

At the end of the '80s, he moved to Neverland Ranch near Santa Barbara, Calif. A Ferris wheel, menagerie of exotic animals and a movie theater entertained underprivileged kids, while the ranch served as the location for Elizabeth Taylor's eighth wedding. Without question, he was at this point one of the most famous faces in the world.

In 1993, he told Oprah Winfrey he suffered from vitiligo, a disease he says lightened his skin. He also laughed off rumors he tried to buy the bones of the Elephant Man and that he slept in a hyperbaric chamber. The interview was one of the most watched in history.

In August 1993, Jackson was accused of molesting a 13-year-old boy — and police officers raided Neverland. Jackson claimed the boy's father was attempting extortion, but by 1994, he had reached a private settlement with the family. Amid the scandal, Jackson's sister La Toya said Jackson spent the night with young boys, and two former employees said they'd witnessed Jackson being sexually involved with young boys. Jackson canceled the “Dangerous” tour and said the stress caused an addiction to painkillers.

In the midst of molestation claims, Jackson announced he had married 26-year-old Lisa Marie Presley, Elvis' daughter. They divorced in 1996.

Jackson soon married Debbie Rowe, a nurse he'd met while undergoing treatment for vitiligo. They had a girl, Paris, and a boy, Prince. They divorced in 1999. (Jackson had a third child, Prince Michael Jackson II, also known as Blanket, in 2002. The identity of the mother has not been revealed.)

Jackson soon faced worldwide scorn when he held his baby, called Blanket, over the railing of a hotel balcony in Berlin. Then, his Heal the World Foundation was cut from its tax-exempt status in California for not filing.

In 2003, Jackson was charged with seven counts of child molestation and two of intoxicating a minor (the child was 14 at the time). In 2005 the case went to trial with Jackson eventually acquitted on all counts. Soon after, he moved to Bahrain in the Persian Gulf — and Neverland Ranch was closed. Jackson was fined $69,000 for not offering his employees insurance.