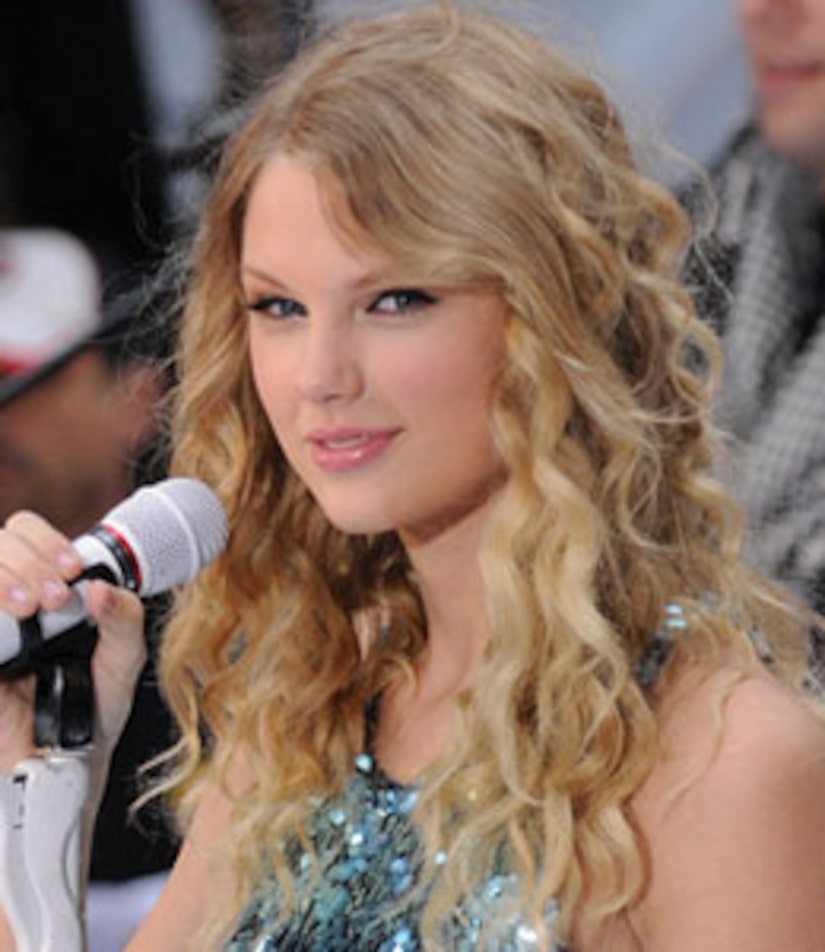 Taylor Swift is finally talking about her relationship with "New Moon" star Taylor Lautner -- and about her "Saturday Night Live" hosting gig!

Swift played it cool when asked about Lautner on CMT Radio Live with Cody Allan (to air Thursday night).

"I don't know, he's an amazing guy and we're really close ... and ah... yep," she says on the radio show. "We're in a movie together and I am really excited about seeing it."

Swift, 19, and Lautner, 17, were spotted at an L.A. Kings game over the weekend. In July, the Taylors locked lips for a scene in the upcoming romantic comedy "Valentine's Day."

She hopes they'll "get to do a private screening because we both wanna see it so bad, 'cause our scene was so much fun to do. It was hilarious doing this scene!"

Swift also says she's rooting for "Team Jake" in the "Twilight" war between Jacob Black (played by Lautner) and Edward Cullen (Robert Pattinson) -- who both vie for Bella (Kristen Stewart) in "New Moon."

The country singer will be in Manhattan to host "Saturday Night Live" on Nov. 7.

"I'm so excited, [but] not sure if I'm ready," she reveals. "I try to prepare for everything beyond the extent of preparation. So I have all these ideas for skits... I have like 10 ideas right now. I'm probably gonna walk in there with 35 ideas."