Valerie Bertinelli says she still struggles to keep off the 40 pounds she lost nearly two years ago.

"It's progress, not perfection," the actress, 49, who currently weighs 130 pounds, told "Extra's" Mario Lopez at the Women's Conference in Long Beach, Calif. Monday.

"Maintenance is a never-ending journey and it's killing me," she goes on. "I started running. I hate exercise so much. I'm going to run a marathon in six months. I don't know what the hell is wrong with me!"

As for food, Bertinelli says she practices portion control, but admits, "I'm Italian... garlic and God and pasta, that's what life is for me!"

Adds the actress, "I'm not going to deny myself any food just because it's bad. There's no such thing as bad food. It's what you do, and how you abuse it or don't abuse it. I don't need to beat myself up if I do indulge every once in awhile."

Bertinelli gives herself props for staying slim. "You have to let your body be and adjust to the weight it got to. Give yourself a pat on the back for getting there in the first place!" she says.

One thing she still struggles with: slipping into that bikini, as she did on the cover of People magazine in March 2009.

"We all know what it's like to put that God awful bathing suit. No matter how you feel about your body... that bathing suit: there's something about it that is horrifying," she says. 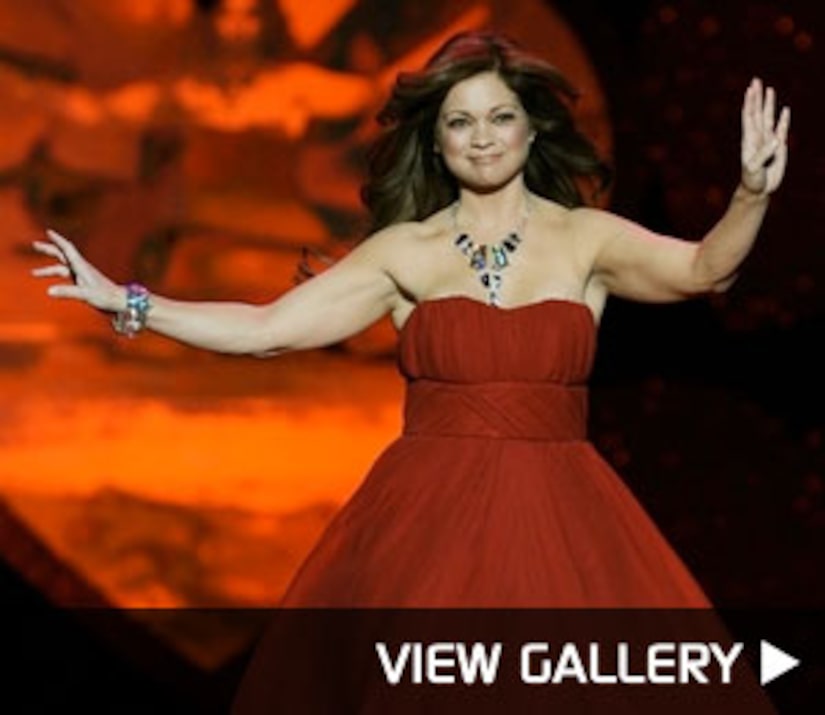