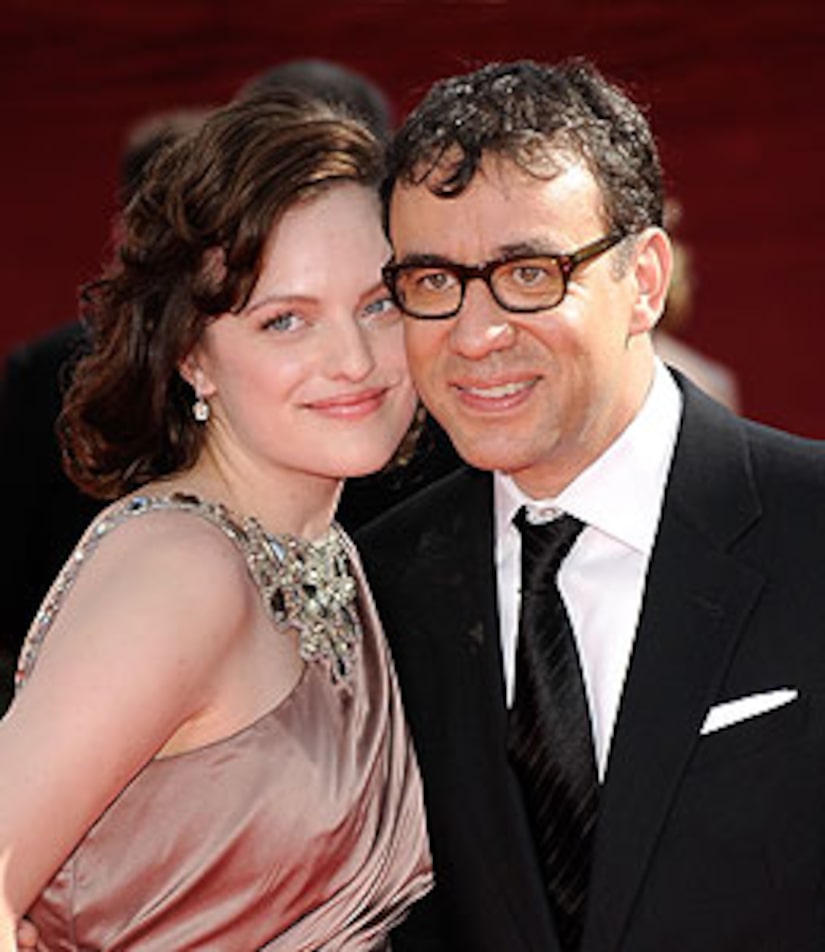 The two said "I do" Sunday at The Foundry in Queens, New York, the actress' rep confirms to Usmagazine.com.

The ceremony was "attended by family and friends," says the rep, adding that the bride wore a Claire Pettibone gown.

The couple debuted their relationship in early January. Armisen, 42, was spotted in the audience of her Broadway show "Speed the Plow" in NYC, and she later took him as her date to the "Vanity Fair" Oscar party.

Moss, 27, who plays Peggy Olson on the AMC show, has been tight-lipped on their engagement.

"It's private, so I don't want to share the details of how Armisen proposed, but I will say it was perfect," she told USAWeekend.com.

While he and his bride were planning their special day, Armisen told reporters at January's Screen Actors Guild Awards, "It will be the coolest and funniest wedding."