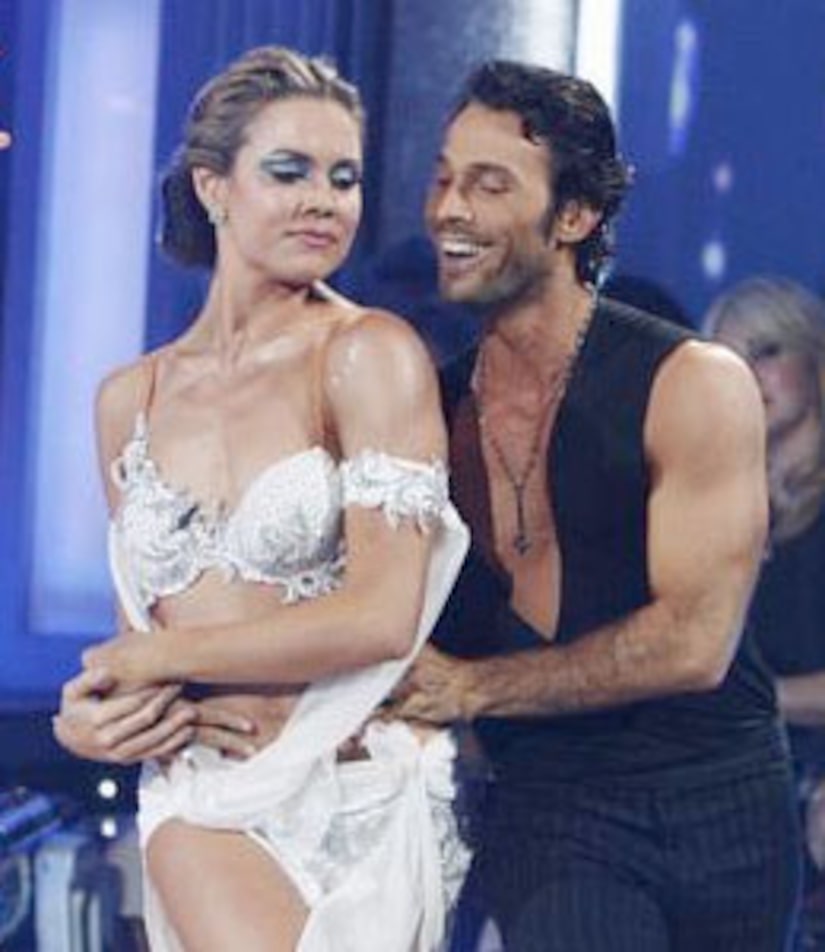 She scored Olympic gold, but Natalie Coughlin won't win a mirrored ball on "Dancing with the Stars." The superstar swimmer is the latest celeb to be tossed from the pool of dancers.

Coughlin and professional partner Alex Mazo earned 22 out of 30 points for their paso doble on Monday night. The two were at the bottom with pop singer Aaron Carter and partner Karina Smirnoff -- and the judges were surprised.

"Justice should prevail," judge Len Goodman said, "and neither should be there."

When asked about her experience, Coughlin held back tears. "I don't know, I loved this so much. I guess I didn't show it, how much I loved it, but I really did. I'm sorry."

The elimination marks the earliest exit for an individual Olympic gold medalist since the show began in 2005.

Tuesday night's show also featured a performance by Norah Jones and dance tribute to Michael Jackson. The King of Pop's mother and a few siblings were spotted in the audience.

Nine couples remain and will dance the waltz and the jitterbug in addition to a mambo marathon on next week's show.