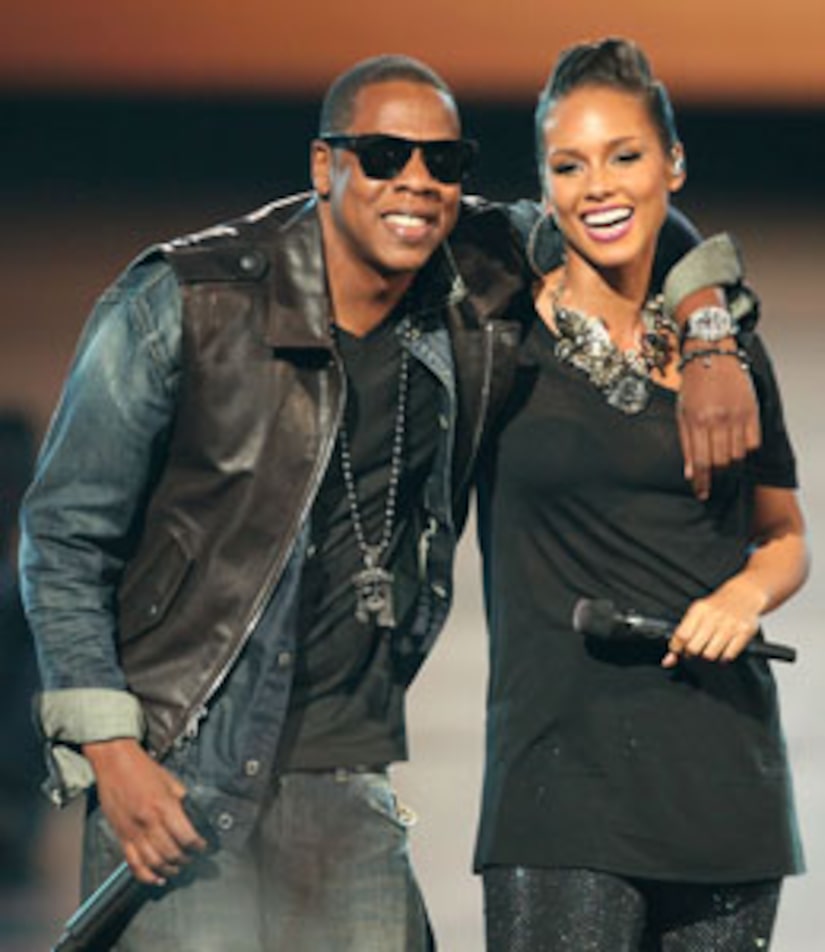 Hip-hop superstar Jay Z and singer Alicia Keys are set to perform at this year's American Music Awards. The duo performed last month at the MTV VMAs, but irksome rapper Lil Mama crashed the stage, and the earlier antics of Kanye West stole their spotlight.

Jay Z and Keys will join The Black Eyed Peas, Jennifer Lopez and "American Idol" runner-up Adam Lambert in what is becoming an outstanding list of stars. Show producer Larry Klein is excited to have booked the duo. "We are thrilled to have Jay-Z and Alicia Keys on stage together, both are such talented artists, it's sure to be a memorable performance."

Mark your calendars for Sunday, November 22 on ABC -- it's not to be missed!