Authorities now believe that the Balloon Boy incident was a conspiracy orchestrated by Richard Heene and his wife Mayumi -- and they may have had a co-conspirator. 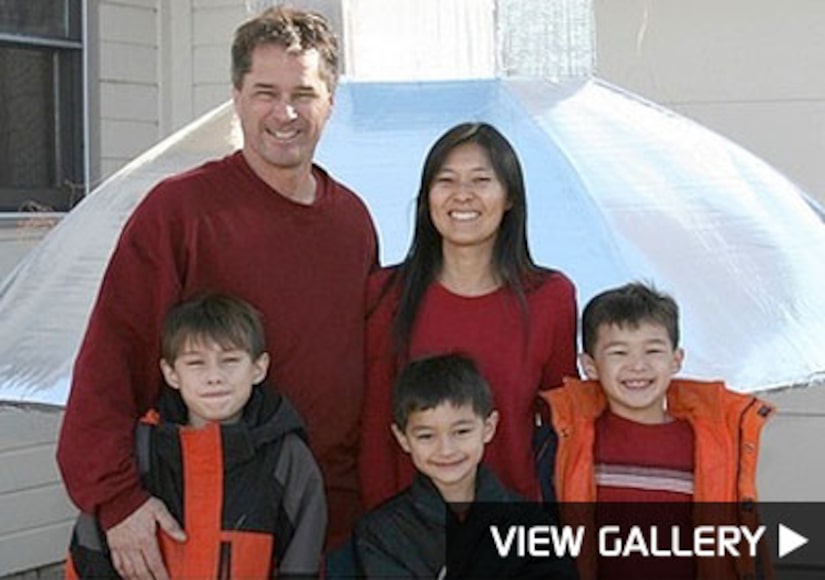 Police in Fort Collins have confirmed that they want to talk to Robert Thomas, a Denver native who told Gawker.com that Richard Heene planned for this media stunt to land him his own science-based reality show. Gabriel Snyder, Editor-in-Chief at Gawker, told AP that Thomas planned to meet with authorities Sunday night.

"We certainly know that there's a conspiracy between the husband and wife, you've probably seen some of the e-mails and some of the things on the Internet suggesting that there may be other conspirators," Larimer County Sheriff Jim Alderman announced to the press on Sunday.

The Balloon Boy incident shut down Denver Airport, and utilized resources from the National Guard when it was believed that Falcon Heene, 6, was trapped in the runaway balloon contraption.

Alderman revealed to the media that after police got a good look at the "flying saucer" they realized it didn't have enough manpower to lift Falcon -- who weighs 37 pounds -- into the air. Alderman added that the story of Falcon hiding in the rafters could also be false, saying, "For all we know he may have been two blocks down the road playing on the swing in the city park."

The sheriff told the media he will recommend the Heenes be charged with conspiracy, contributing to the delinquency of a minor, making a false report to authorities and attempting to influence a public servant. These charges carry a maximum of six years in prison and a $500K fine.