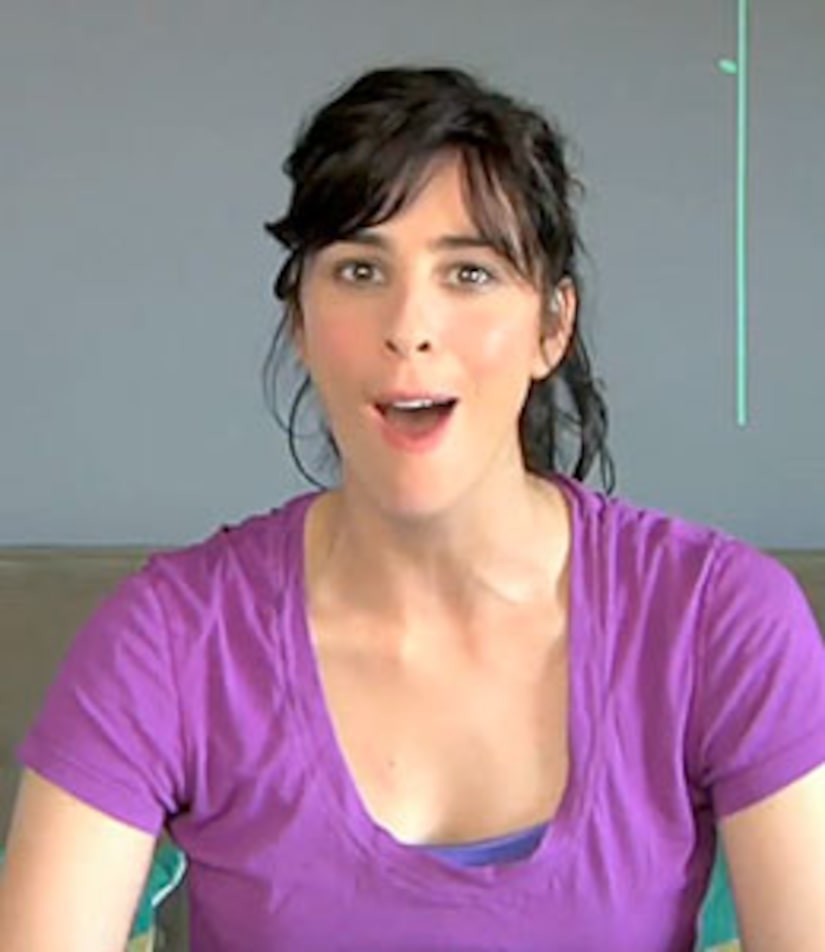 Comedian Sarah Silverman has an idea to end world hunger -- sell off the Vatican's assets!

In a raunchy, profanity-laced YouTube video, Silverman suggests that the Pope "move out of your house that is a city" and use the wealth to feed the world so that she'll stop seeing the world's hungriest and most "emaciated people" on her television screen. Sarah also reminds the Catholic community, "You preach to live humbly, and I totally agree."

The "Jesus is Magic" star continues, telling the Pope that he'd be a "hero" if he ended world hunger, referring to him as "a caped crusader."

The Catholic League, the U.S. Catholic civil rights organization, blasted Silverman for her "obscene" and "filthy diatribe," adding that the "Catholic Church operates more hospitals and feeds more of the poor than any private institution in the world."

Silverman dropped the video just in time for the U.N. World Food Day on Friday.