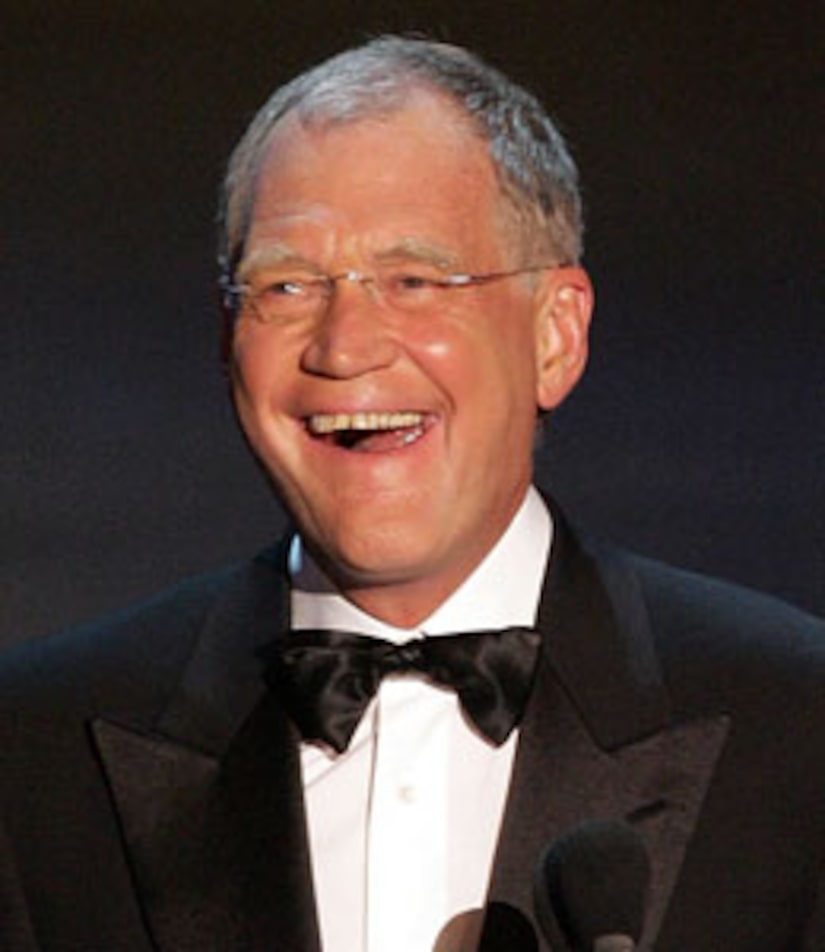 David Letterman is still the butt of his own jokes on the "Late Show" -- and the ratings are up!

At the beginning of his monologue on Tuesday, Letterman hinted at the extortion and affair scandal, but didn't directly mention it. "There is a trend in Broadway theater, the leading characters have understudies, so I was thinking I should get an understudy and I might need an understudy because I might not be here for a wide variety of reasons," he said.

When Dave's guest actress Eliza Dushku walked on stage, he didn't greet the "Dollhouse" star with the usual kiss on the cheek. Instead, the two shook hands.

The Letterman scandal has boosted the late night show's ratings. Dave's apology to his wife and staff members on Monday night's show attracted 5.7 million viewers and close to 5.8 million tuned in last Thursday when he announced he had engaged in sexual affairs with female employees.