First Lady Michelle Obama and Oprah Winfrey jetted to Copenhagen to lobby for the 2016 Olympic Games to be held in the Windy City. 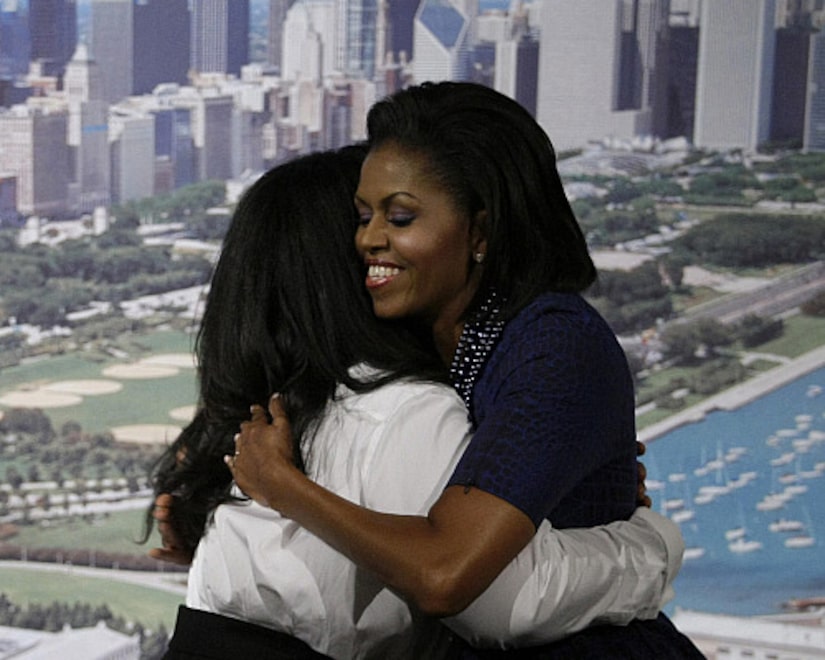 The two, who are close friends, embraced each other before taking the podium to talk to reporters about their hopes of persuading members of the International Olympic Committee to hold the Summer Games in Chicago -- the city that both Mrs. Obama and Oprah have called home. "We're not taking anything for granted," Michelle told the media. "So, I'm going to talk to some voters."

At the welcome dinner for supporters of Chicago's Olympic bid, Michelle told the crowd that she and her husband looked at the fight for the Games "like a campaign." The president is expected to join them in Copenhagen tomorrow.