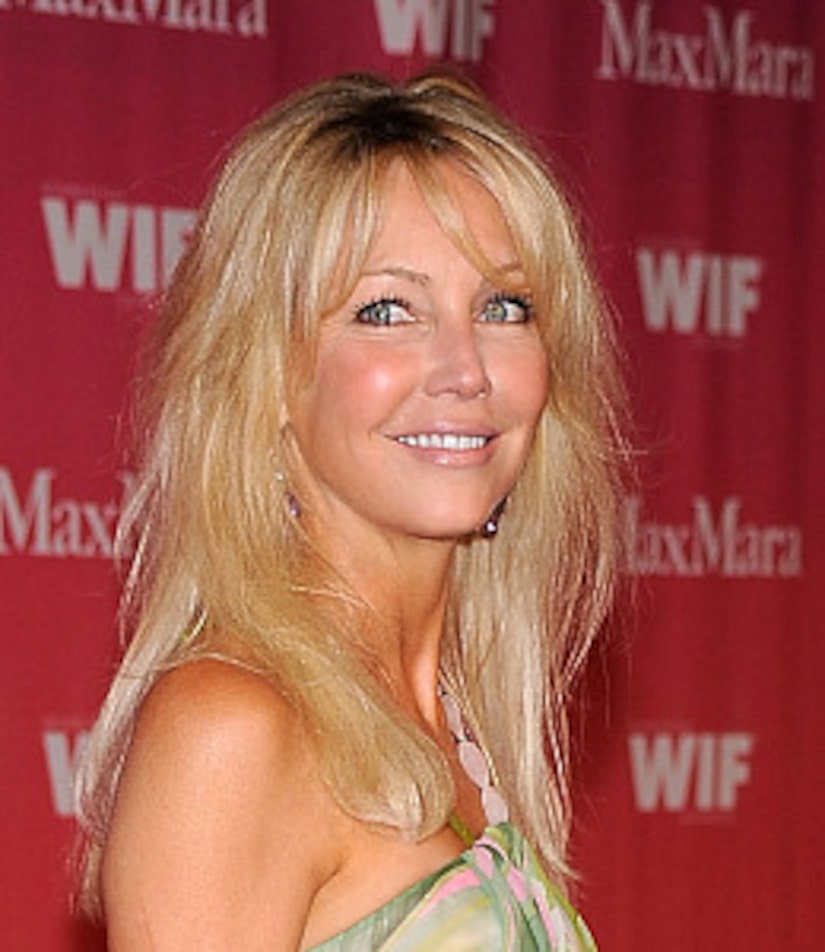 "Melrose Place" is about to get deliciously ugly -- Heather Locklear will reprise her role as bad girl Amanda Woodward on the revamped series.

"We're ecstatic to have the chance to bring Amanda Woodward back to Melrose Place," executive producers Todd Slavkin and Darren Swimmer revealed in a statement to Us Weekly. "Heather's involvement in the show is something we've been working on for some time as we couldn't imagine creating and producing this show without the iconic character's inclusion."

Locklear, 47, was reportedly "surprised at how much she liked" the new show, and is scheduled to return to "Melrose Place" November 17. A Locklear source tells the magazine that the gig will be good for the actress. "She is in great spirits and good shape. This is a perfect time to show everyone how well she is doing."

Heather's character Amanda was last seen faking her own death in the 1999 finale of the original primetime soap.

In June 2008 Heather spent four weeks in treatment for anxiety and depression. In September 2008 she was arrested in Santa Barbara after being pulled over for driving erratically -- leading to a plea of reckless driving in January, attributed to her prescription medication.

Melrose Place is Back!

According to “Entertainment Weekly,” the first season will feature a murder mystery involving characters Sydney Andrews (Laura Leighton) and Dr. Michael Mancini (Thomas Calabro) from the original series, as well as a crop of new residents.

Back from the Dead

Someone murdered Sydney! Again! Sources confirmed to “Entertainment Weekly” that the dead body found floating face-down in Melrose's trademark pool in the opening minutes, belongs to none other than Sydney Andrews (Laura Leighton). She was thought to be dead in 1997 at the end of the original show's fifth season, now she's returned to reportedly become the current building's landlord.

Sources tell “Entertainment Weekly” that Leighton will be sticking around. An insider confirms that Sydney will be seen via flashback in multiple episodes. Said flashbacks will explain where's she's been and what really happened after she became roadkill more than a decade ago.

The Doctor is In

Thomas Calabro (Dr. Michael Mancini) was the only original cast member to remain on the series throughout its entire run (1992-99). He is returning to the new series as a guest star.

Shaun Sipos plays David Breck, one of the lead characters in “Melrose Place” (2009), and is reportedly Dr. Michael Mancini's son.

Daphne Zuniga, who played Jo Reynolds in the original series (1992-96) is reportedly returning as guest star for the new series.

Josie Bissett, who played Jane Andrews in the original “Melrose Place” (1992-99) is also reportedly returning as a guest star for the show's new series.

The Return of Amanda

The new bosses of “Melrose Place” had originally wanted Heather Locklear to reprise her role as Amanda Woodward in the pilot, but talks fell through earlier this year. While the CW officially has no comment, reports surfaced in August that suggest Locklear is indeed in talks to appear on the new Melrose Place as Amanda Woodward.