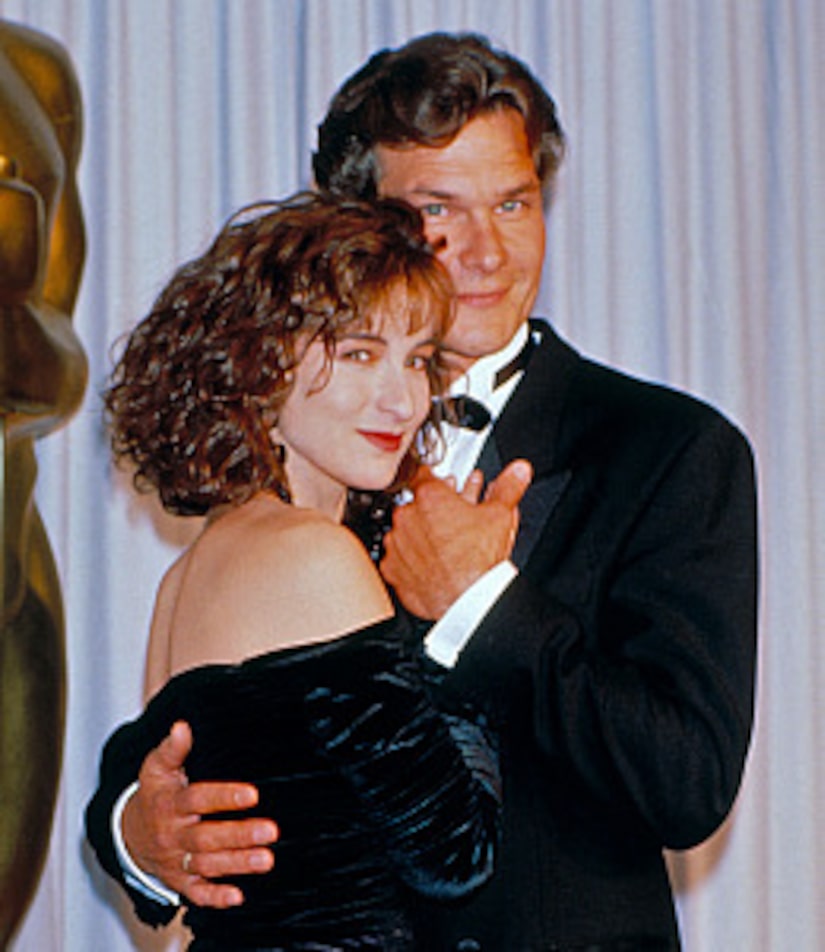 1987 marked the year that "Dirty Dancing" made household names of Patrick Swayze and Jennifer Grey -- and the actress says that when she remembers the late actor, she thinks "of being in his arms."

"When I think of him, I think of being in his arms when we were kids, dancing, practicing the lift in the freezing lake, having a blast doing this tiny little movie we thought no one would ever see," Grey tells People magazine. "Patrick was a rare and beautiful combination of raw masculinity and amazing grace," she adds. "My heart goes out to his wife and childhood sweetheart, Lisa Niemi, to his mom, Patsy, and to the rest of their family."

The choreographer of the sleeper hit, Kenny Ortega, also spoke with the magazine about Patrick's death. "Patrick was a great human being who I knew as a loving son, husband, brother and friend. He was one of the most creative, enjoyable and alive people I knew. He did as much for dancing as any man of our generation."

Ortega continued, "Patrick Swayze was a loving and soulful man. The planet has lost a big heart -- and I, a forever friend. My loving thoughts to Lisa, Patsy and his entire family."