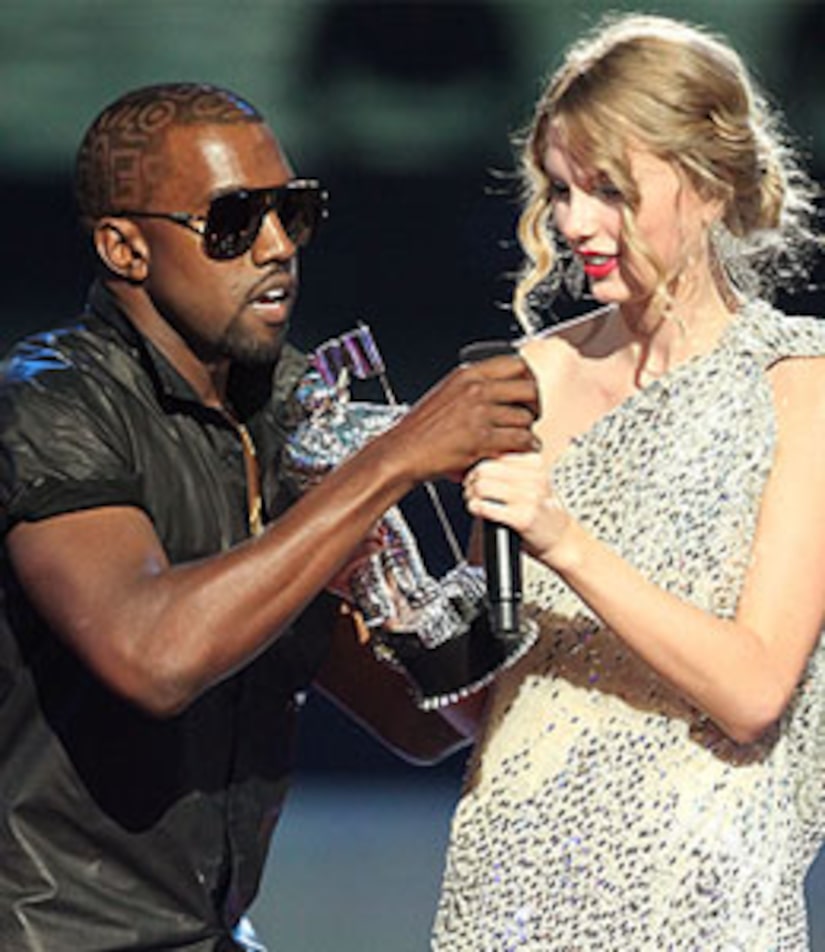 Pardon the interruption! A shocked Taylor Swift won the Video Music Award for Best Female Video, but that was not okay with Kanye West!

The country cutie beat out Lady Gaga, Beyoncé, Katy Perry, Kelly Clarkson and Pink for the prestigious Moon Man, but before she could accept the the honor, Kanye West grabbed the microphone from Swift in the middle of her acceptance speech and declared Beyoncé had the best video and she should have won.

The crowd went crazy -- and so did fans, especially on Twitter. Many are slamming Kanye, calling him "disrespectful."

Later in the show, as Beyoncé accepted the award for Video of the Year, she handed the stage over so Taylor could complete her acceptance speech. Class act.

West was asked to leave Radio City Music Hall shortly after he crashed the stage. Prior to the show, the rapper was photographed carrying a bottle of Hennessy. Blame it on the ah-ah-ah-alcohol?

Kanye later posted an apology on his blog. He wrote: "I'M SOOOOO SORRY TO TAYLOR SWIFT AND HER FANS AND HER MOM. I SPOKE TO HER MOTHER RIGHT AFTER AND SHE SAID THE SAME THING MY MOTHER WOULD'VE SAID. SHE IS VERY TALENTED!"

GossipCop.com reports West will still join Jay-Z and Rihanna on Monday for the premiere of "The Jay Leno Show."