Diva songstress Whitney Houston is opening up to Oprah -- and no topic is off limits!

Houston is sitting down with the talk show queen for a two-hour confessional. In a new promo for the Sept. 14 interview, Oprah asks about everything from drug use to Whitney's troubled marriage with Bobby Brown. 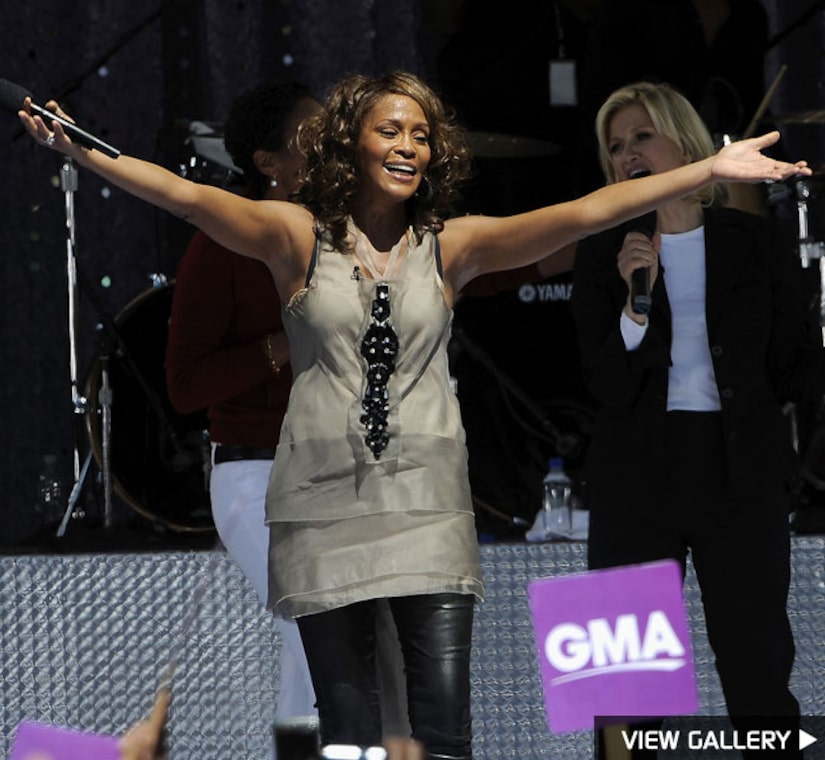 Whitney has also been under fire for a live performance on Tuesday's "Good Morning America." The songstress' voice cracked during her three-song set, and she was also hoarse. On the morning show, Houston revealed, "I did 'Oprah' yesterday. I've been talking for so long."

The superstar also says her dark days are long gone. "Don't be worried anymore," she told Robin Roberts, adding, "If you know God, then don't be worried."

Houston's first album in seven years, "I Look to You," hit stores on Tuesday. The Grammy-winner tells "Extra" this is one of her more personal albums because of "certain changes" in her life.