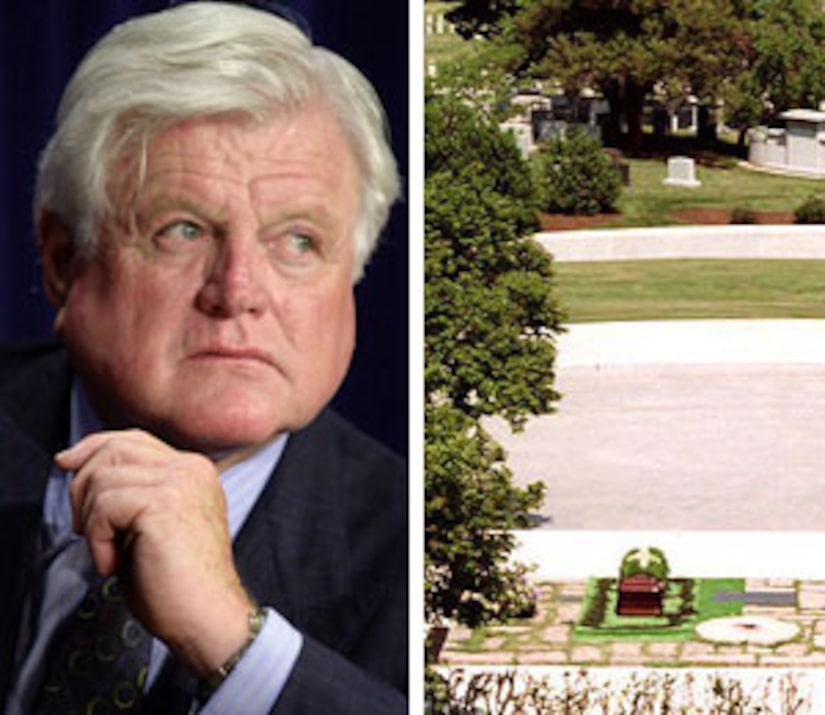 The Kennedy family has confirmed that Senator Kennedy will be buried at Arlington Cemetery, not far from his brothers John and Bobby.

The Senator will lie in repose tomorrow and Friday at the Kennedy Presidential Library and Museum in Boston -- the same place where Kennedy's family will hold a private ceremony to say goodbye on Friday night. A funeral service is planned for the Our Lady of Perpetual Help Basilica in Boston -- a church that was near to Kennedy's heart.

Teddy's burial is set for Saturday afternoon. He qualifies for burial at the military cemetery because of his service in the U.S. Senate, and because he served two years in the Army in the 1950s.